Whenever a charismatic politician makes us uncomfortable, whenever a high-profile candidate seems dangerously powerful, Robert Penn Warren’s 1946 classic novel ALL THE KING’S MEN experiences a resurgence in popularity. In bookstores across America, the novel is pulled from fiction shelves and set face-out on tables at the front of the store. Clever, ironic references appear on social media.

Willie Stark’s name is dropped by pundits eager to point out how the larger-than-life book character is eerily similar to the figure in the headlines. In the novel, Governor Willie Stark is consumed by a lust for power, believing there is no man he can’t buy, no deal he can’t leverage, no story he can’t sell. It’s an irresistible desire, especially in an election year, to bring Willie back into the conversation.

This phenomenon is understandable: literary analogies comfort us and help us to comprehend the incomprehensible. But to dust off Warren’s novel only every two or four or eight years is to deny its greatest gifts. To call it a political novel and leave it at that guarantees that many readers will never know that it’s also a funny, agonizing, life-affirming, heartbreaking, rollicking good time, powered not by politics but by people—at least two dozen compelling, unforgettable characters circling the chaotic planet that is Governor Willie Stark.

ALL THE KING’S MEN is not really a political novel, but rather a novel that uses a political storyline to reveal the hearts of its characters, in the same way Melville uses his great white whale to plumb the depths of Captain Ahab. Of course politics plays a crucial role, but this is a book that is almost absurdly expansive in its scope of conflicts, both external—those driven by class, race, generation, gender, and geography—as well as internal—those borne from betrayal, fear, and self-doubt.

At the novel’s center is a struggling soul—not Willie Stark, but his assistant, the novel’s narrator Jack Burden—who carries (as his name suggests) not only his own cumbersome baggage but also the baggage of others. As such, he negotiates a maze of intertwined histories—the dreams and grief of family and friends—into the second half of the twentieth century. It is a sprawling novel full of improbable and staggering connections.

If there’s a concrete lesson to be learned from ALL THE KING’S MEN, I’d say it is less about Willie Stark and the danger of egomaniacal politicians and more about how easy it is to forget ourselves, to forget who we are, and what’s truly important to us when we become embroiled, even as observers, in systems that don’t acknowledge people as people but rather as statistics, or sound bites, or evidence, or votes. That’s a reminder we can always use.

Maybe the best reason to read this novel in an election year is not because we see a Willie Stark again on a national stage, but because we see ourselves as Jack Burdens in the wings, caught up in the drama, watching with such fervor that we’ve forgotten what brought us to the stage to begin with.

Susan Perabo is the author of the short story collections Who I Was Supposed to Be and Why They Run the Way They Do. Her new novel, The Fall of Lisa Bellow, will be published by Simon & Schuster in March 2017.

All the King's Men
by Robert Penn Warren 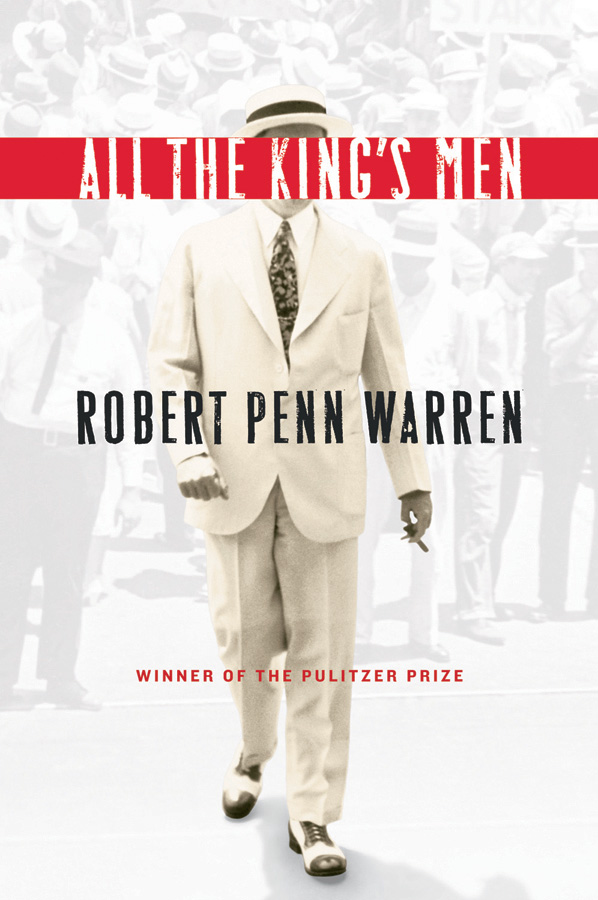 |+| Add to Your Shelf
All the King's Men
Robert Penn Warren

The Perfect Novel to Read Before Election Day