THE GIRL IN 6E leads the reader into the warped mind of Deanna Madden, a beautiful recluse with a thirst for murder. Just the thought of physical human contact—any human contact—drives her imagination wild with visions of plunging knives into flesh, slow deaths, and blood-curdling screams. Luckily for the outside world, she has locked herself in her apartment to keep from acting on her urges. Confined within those walls for three years, she lives the life of JessReilly19, a bubbly nineteen-year-old college student who pays her bills performing sex acts via her webcam. It’s highly lucrative for her and safe for everyone involved.

That is, until Deanna recognizes that one of her online admirers has the same violent urges that she has, and she is forced to leave her confines in order to save a life.

This was my first time reading A.R. Torre (who also writes under Alessandra Torre), and I found myself immediately intrigued by her crisp writing style, the unique and tightly plotted storyline, and a compelling protagonist. As the reader, you’re thrown into the sordid world of online sex, and Torre doesn’t mince words, offering provocative details that bring with them a heavy dose of reality.

The story itself is fast-paced, captivating you from the first page. Torre has done her research, providing readers with timely nuggets of information that paint a vivid picture of what it would be like to live as Deanna does, avoiding all face-to-face interaction and protecting her identity at all costs.

I’ll admit, at the beginning of the story I questioned how a person could realistically survive without stepping foot outside their apartment, but Torre practically offers a how-to guide. Deanna, whose entire family was murdered and who has no true friends, is able to quite literally disappear from regular life. She has fully accepted her solitude until an accidental encounter with the attractive delivery man has her testing her self-imposed boundaries.

Deanna is a character like none other. While far from likeable upon first presentation, she is someone you can’t help but root for as the story unfolds. She has no qualms about using others to achieve her goals, preying on their weaknesses and trading money and internet sex to get what she needs—intel on clients, a therapeutic ear from a psychologist, someone to lock her door from the outside at night, when her urges are hardest to resist.

Deanna was a normal teenager before her mother slaughtered her entire family and Deanna’s dark obsession with killing unfolded. You begin the book wondering if her murderous thirst is all in her head, but her homicidal urges are palpable, and the question of whether she’s actually capable of murder becomes one of not if but when. You’ll find yourself conflicted, praying that Deanna can rein in her urges with her potential love interest but hoping that she’ll unleash them on the pedophile who’s on the hunt for his next victim.

Torre’s taut writing style lends itself well to the thriller suspense genre. Even though the story deals with hard topics, I enjoyed it so much that I quickly read DO NOT DISTURB and IF YOU DARE, the second and third in the Deanna Madden series. 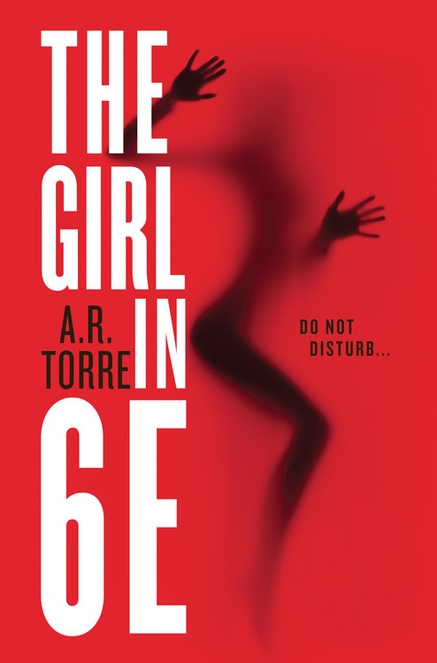