I’ve spent much of my twenties trying to come to terms with my awkwardness, cringing months—years, even—after any given social misstep. Enter Issa Rae, the queen of graceless girls like me. Her web series “The Misadventures of Awkward Black Girl” and hilarious resulting memoir provide an uncannily accurate and helpful guide for navigating the world as an awkward black girl.

In THE MISADVENTURES OF AWKWARD BLACK GIRL, Rae jots down the most cringe-worthy anecdotes of her own awkward existence. I laughed at Issa’s literal offbeat childhood, Amen-ed her scripted responses to unwarranted questions about natural hair, and connected with her “Halfrican” heritage.

Most compelling—Rae dispels the rumor that every black girl can twerk with a painfully funny story involving Sean Paul’s dancehall hit “Gimme the Light,” eight days of self-taught movement akin to dancing, and a high school dance floor filled with onlooking peers. Her social reputation was on the line, and I couldn’t help but read this peeking through my fingers.

At the heart of Rae’s memoir, however, is a story about her climb out of an unconventional family life: living between two homes, moving from the East Coast to the West Coast, and the secret that shattered her parents’ marriage. While there’s no shortage of funny stories about her Senegalese father and his kooky family, Rae writes with dry wit and surprising candor about their rocky relationship in her teen years.

My favorite moment in the book—an emotional conversation between Issa and her mother—was a rather sobering one. Months after her parents’ separation during which Issa resented her mother for their current living arrangements, she learns that the unraveling of her parents’ marriage was her father’s doing. Rae artfully laces heartrending moments like this one throughout the pages of this sharp-witted memoir.

Issa Rae’s memoir leaves no stone unturned, equipping readers with a glossary of African American personality types, positing a call to action for girls to embrace their natural hair, find love, and follow their passions; there’s even a guide for maneuvering workplace characters that anyone can find useful. I couldn’t wait to share this memoir with my friends, knowing they would be inspired by it. What’s perhaps most satisfying about this memoir is that its hilarity and heart transcends race and gender.

True to its packaging, Issa Rae’s book proves awkward girls have superpowers, too. Uncouth, yes, but never lacking in charm, Issa Rae’s social blunders have won her a large social media following and an upcoming HBO comedy series premiering this Fall called “Insecure,” in which she writes and stars.

The Misadventures of Awkward Black Girl
by Issa Rae 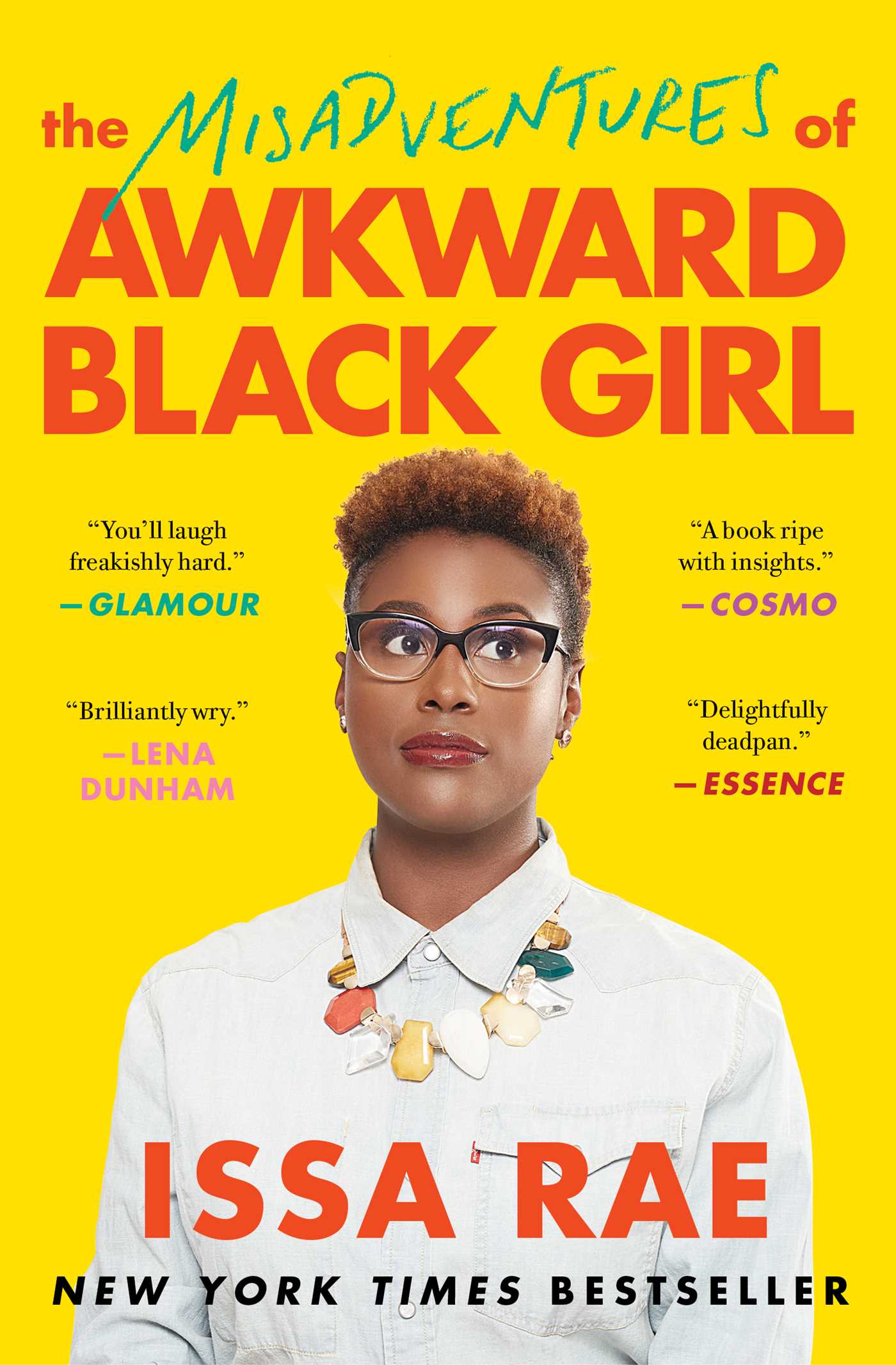 For fans of “Insecure”

Issa Rae is awkward . . . and black, which is, in the opinion of her peers, a very unfortunate combination. This is made plain in her new TV show “Insecure ” and her New York Times bestseller THE MISADVENTURES OF AWKWARD BLACK GIRL. In this memoir-guide hybrid, Issa humorously illuminates what it’s like to be unabashedly awkward in a world that regards introverts as hapless misfits and black as cool.

14 Book Recommendations Based On Your Favorite TV Shows