The delicious scent of a heaping apple tart, baking in my oven, is beginning to waft toward me as I write this. And I have Molly Wizenberg’s memoir Delancey to thank.

Delancey is the memoir of a young woman and her decision to open a restaurant with her husband in Seattle. Picking it up from my bookshelf, I was expecting to find the kind of feel-good but ultimately frivolous narrative that often characterizes writings on food. Instead, I found myself captivated by Wizenberg’s poignant and poetic voice. As she explains: “If it were all really that straightforward, if Brandon and I had both homed in on food from the get-go, and if he had known that he would be a chef and I had known that I would someday own a restaurant with my chef husband, this would be a boring story, and I would not be telling it.”

Boring it is not. Wizenberg is the author of A Homemade Life and runs a wildly popular food blog called Orangette, so she knows her stuff. But nothing about her husband Brandon, a trained composer with penchants for boat construction, espresso making, and violin building, seemed particularly conducive to success in the food industry. So when he proclaimed his desire to open a pizzeria, Molly was baffled but ultimately unconcerned. He wouldn’t actually follow through with this half-baked scheme, she thought.

She thought wrong. The adventure had begun, and she would spend the next several years of her life engrossed in the exhilarating ups and heartbreaking downs of building a business from the ground up. Their journey began with fastidious research before opening: Brandon set out to visit every prominent pizza place along the West Coast, as well as several others scattered across the country. Drawing inspiration from the legendary pizzeria Di Fara in Brooklyn, the restaurant became known as Delancey—a nod to the lively food scene near Delancey Street in downtown Manhattan.

Once the identity of the restaurant began to coalesce, Brandon and Molly faced the realities of grueling workdays, unreliable kitchen staff, and the unromantic reckoning with payroll and P&L. Every fascinating detail is laid bare—from the nitty and gritty to the euphoric. Molly recalls the day, faced with an insurmountable stack of orders, when she broke down into tears at her plating station. And the night that Brandon came home, inconsolable, saying that he couldn’t take the pressure anymore—that it had simply become too much. But for every moment of darkness, there is an anecdote that sings. There is the friend who stayed through the night to help Brandon build a pizza oven, and the employee who helped keep the restaurant afloat in precarious times. Delancey isn’t just about pizza; it’s about people, and it will restore your faith in humanity one slice at a time.

This book furnished many unexpected surprises—including personalized recipes sprinkled between chapters. Now, thanks to one of these recipes and my weakness for dessert, Delancey’s sweetness lives on in the form of a freshly baked apple tart on my kitchen counter. If it’s anything like the book, the tart will be devoured—hopefully not in one sitting, but could you really blame me? 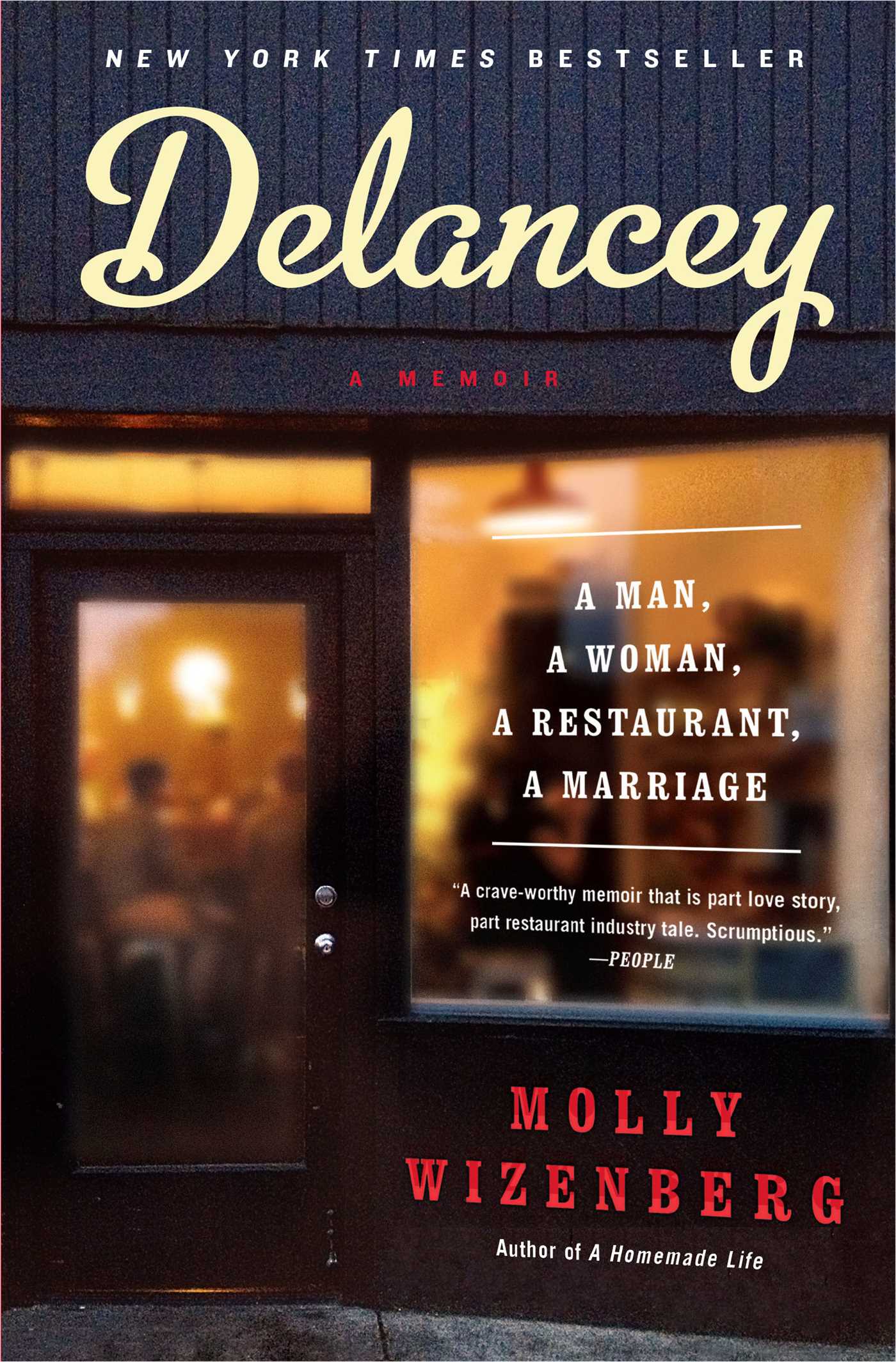 Notice: Trying to access array offset on value of type null in /home/offtheshelf/public_html/web/app/themes/ots/_inc/template-parts/books/book-modal.php on line 31
|+| Add to Your Shelf
Delancey
Molly Wizenberg

Molly Wizenberg, the voice behind the popular, James Beard Award winning food blog, ORANGETTE, recounts how opening a pizza restaurant sparked the first crisis of her young marriage. DELANCEY is a funny, frank, and tender memoir that explores the meaningful moments where food and life intersect.