Editor’s Note: Alice Mayhew is vice president and editorial director at Simon & Schuster, where she publishes books on history, politics, and biography. She has worked with former President Jimmy Carter for the past fifteen years. An Hour Before Daylight: Memories of a Rural Boyhood, published in 2001, was their first book together.

On the flap copy of the hardcover edition of An Hour Before Daylight we said that it was “sure to become a classic,” and on the paperback edition that followed are the words “An American Classic” (The New Yorker).

The title refers to when you got on the farm and also to the state of affairs in rural Georgia (and elsewhere) before the Civil Rights Movement. These were the depression years and the South was still deeply segregated. Jimmy Carter lived with his family outside of Plains, Georgia, and the only white people he knew were his immediate family. And two of them were girls so he did not want to hang with them.

One incident in Carter’s magnificent telling of his childhood story is when he first realized that things were wrong: a time when his black friend dismounted and opened a gate for him. I remember vividly how that hit me the evening I read Carter’s manuscript. I thought it was breathtaking. I couldn’t have known then that that clarity was central to the man. It’s what made him great. There are many such earthshaking scenes in this beautiful book but what suffuses it, and what makes it enduring is the love Carter remembers and describes so vividly—for family, friends, the earth, the farm, church—and how it all went into this man who was going to be president and win a Nobel for making peace.

An Hour Before Daylight
by Jimmy Carter 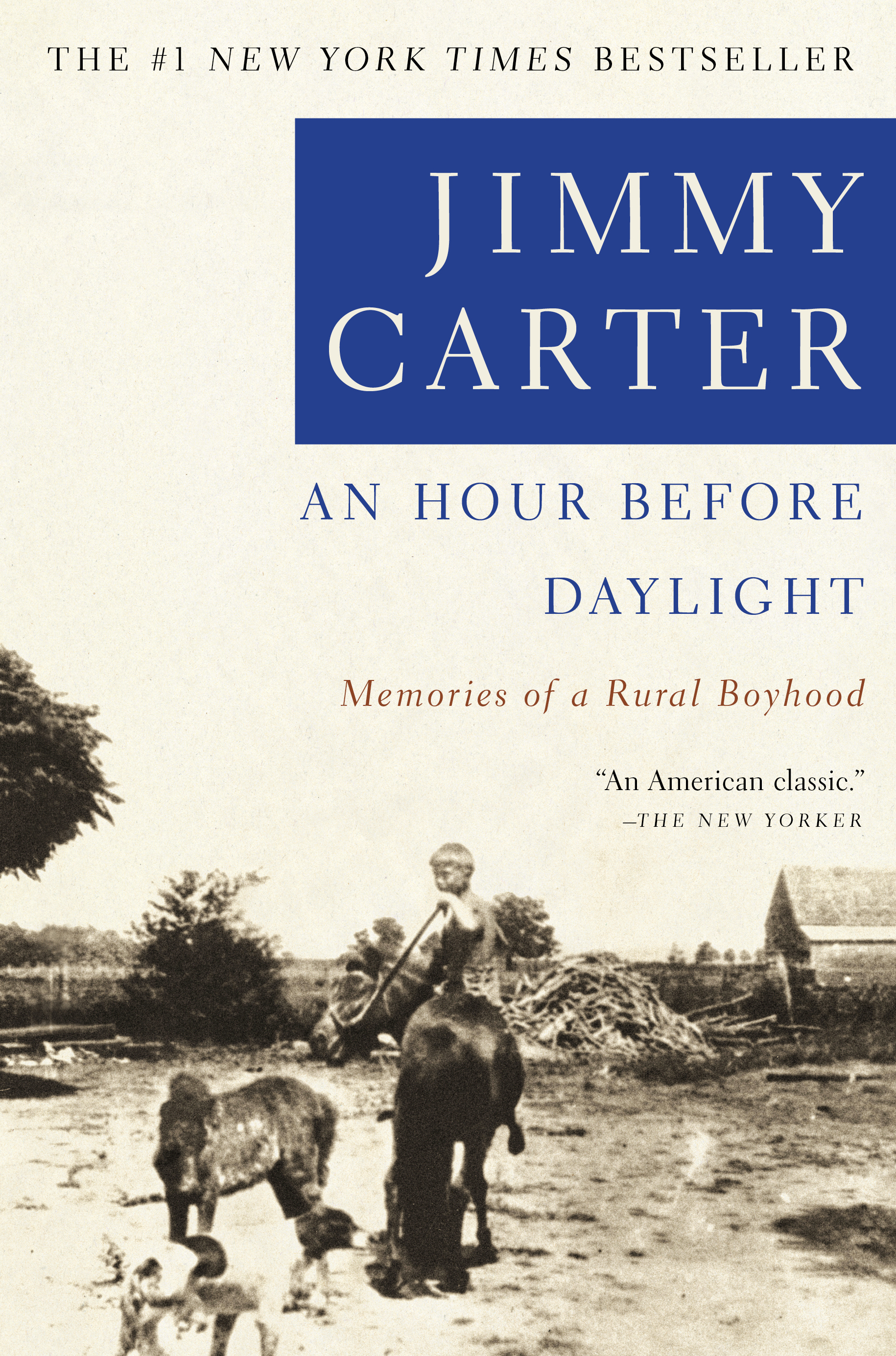 |+| Add to Your Shelf
An Hour Before Daylight
Jimmy Carter

Reflections on a Presidential Childhood