Lists, categories, and genres are comforting tools in the arsenal of an organized mind. I return to them again and again in my daily life. They’re reliable, and they help sort information into related items so that I can say to myself, “Okay, this makes sense; I understand this.” But I am often delighted when I crack open a new book and find that it defies categorization. Is Kathi Appelt’s novel THE TRUE BLUE SCOUTS OF SUGAR MAN SWAMP a book for children? Adults? Is it Southern Gothic? A rallying cry for modern environmentalism? This genre-defying treasure is a book for everyone, and what it is, is simply brilliant.

Set in the fictional Sugar Man Swamp deep in the Louisiana bayou, this is the story of two raccoon brothers, Bingo and J’miah. The brothers are trained Scouts and Information Officers, and Daddy-o and Little Mama leave them large and in charge of Information Headquarters (an abandoned 1949 Chrysler DeSoto) with instructions to be good swamp scouts and “in the event of an emergency, wake up the Sugar Man.” Just such an emergency seems at hand when some greedy developers decide to turn the swamp into a tourist trap. They might succeed, too, unless proof emerges that an endangered species makes its home in the Bayou Tourterelle—the ivory-billed woodpecker (IBWO), a bird that hasn’t been seen in more than half a century. This engaging story is also a beautiful ecological portrait of swamp life. The Sugar Man’s “hands were as big as palmetto ferns. His hair looked like the Spanish moss that hung on the north side of the cypress trees, and the rest of his body was covered in rough black fur, like the fur of the ursus americanus luteolus, UAL, also known as the Louisiana black bear, that had taken up residence in the area.”

Narrated in a refreshingly colloquial and vibrant voice, Appelt’s Louisiana-flavored prose is authentic and humorous. She embraces her tone with wholehearted enthusiasm and readers are treated to a gaggle of secondary characters just as engaging as our raccoon protagonists. There is Chaparral Brayburn, a twelve-year-old boy out to save his family’s café along with the legendary IBWO; the bad hogs of the Farrow Gang; the scheming gator wrestler Jaeger Stitch and her unctuous investor Sonny Boy Beaucoup. The chapter structure is delightfully idiosyncratic; chapters that are mere sentences long punctuate others developed over multiple pages, creating dramatic narrative propulsion. Together, they create a dastardly plot where the swamp’s very existence hangs in the balance.

I began reading THE TRUE BLUE SCOUTS OF SUGAR MAN SWAMP prepared to be enchanted by its darling characters, but this whimsical tale, rich with fascinating historical and biological elements, continued to surprise me. This is a story where anything seems possible, even the return of a species on the brink of extinction. Perhaps we could all use a little blurring of categorical lines in that regard. Who says preserving the earth is an insurmountable task? Not I! So, hi ho, young Scout. It’s Mission Sustainability or bust. 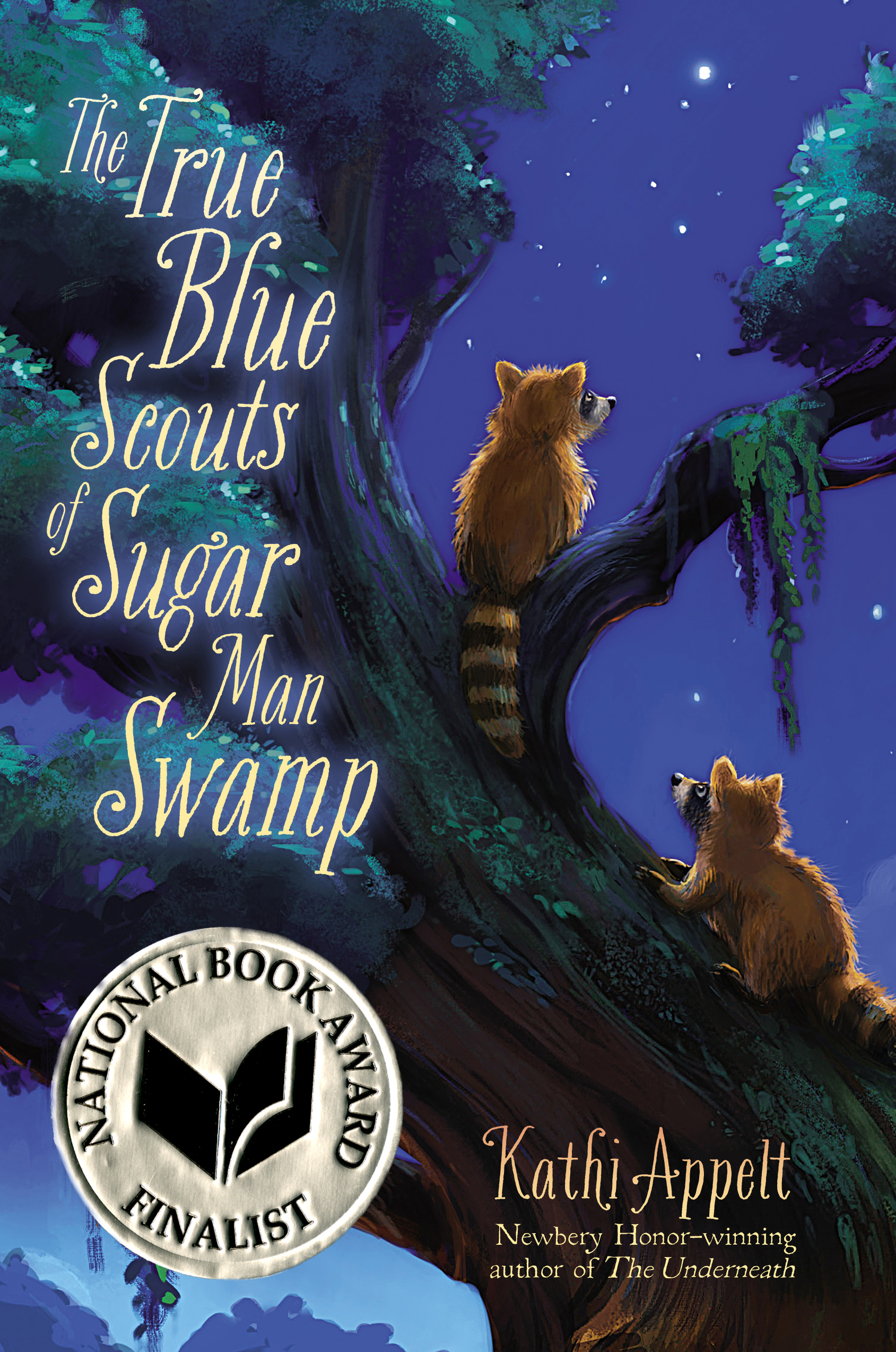 Notice: Trying to access array offset on value of type null in /home/offtheshelf/public_html/web/app/themes/ots/_inc/template-parts/books/book-modal.php on line 31
|+| Add to Your Shelf
The True Blue Scouts of Sugar Man Swamp
Kathi Appelt