When I was in the first grade, I was the best reader in my class. Sorry Pat Ryan, but it’s true. This was further proven when it was time to do the first-grade play, and I was given the lead character of the Professor in the Wackadoo Zoo. It was a large part (to the point where other parents complained) and I felt like a star. A reading, acting star! This short-lived theatrical stint started me on a path down yellow brick roads that led to Neverland and Anatevka, and, when paired with decades of piano lessons, to Mozart’s Vienna and Tchaikovsky’s Moscow. But after graduating with my MFA in Musical Theater performance, I faced a hard truth: being a musician has nothing to do with music. In fact, being a musician is really all fun and games—until you have to do it for a living. And this, my friends, is the message of Blair Tindall’s incisive, no-holds-barred memoir, MOZART IN THE JUNGLE.

Blair Tindall, a former oboist with the New York Philharmonic and the orchestras of numerous Broadway shows, was, like myself, introduced to the world of classical music as a child, but she worked as a professional musician for decades and has much more to say. Reminiscent of Anthony Bourdain’s classic KITCHEN CONFIDENTIAL, she supplements her personal story with an exploration of the history of American orchestras dating back to the Great Depression, a history rich with labor disputes, union bosses, and composers who milked advantage from their powerful positions (for example, she speaks of a very famous composer of the Boston Pops who, while married, propositioned her not once but twice, with obvious benefits). She understands that the musical career is not about the sounds being made but about the musicians making them, and she lovingly dissects the details behind why specific musicians blossomed while lambasting the community they represent. She bluntly exposes the unglamorous reality behind the red curtain; the manipulative theater and musical communities that keep everyone at the same miserable level; how the career of your dreams can become the stuff of nightmares. Her story is so dramatic that Amazon recently adapted it into a television show that puts the tension between politics, business, and art at the forefront.

When I was in grad school at the Boston Conservatory, I was given the opportunity to learn from some of the best acting, voice, and dance teachers in the country. In our second year, we got to take workshops with powerful agents and casting directors. Every single one of them told us, “If you can do anything else, do that instead.” But while students are told this over and over again, it’s impossible to understand until you’re living it. After graduating, I pursued a career in the arts for all of one year, but Blair Tindall lasted in this industry for decades. She understands why people flee from careers in the arts after investing so much time and money and effort.

To the nonbelievers, to six-year-old leads in the school play, to mothers who sign their children up for piano lessons: I am glad people like you exist in the world. I hope you never stop creating. However, I urge you to read this memoir. To anyone who has ever watched a TV show and thought how glamorous the actresses look, and to the girl waiting tables at a New York City hotspot, hoping that tomorrow will be her big break: please, please, please. Pick up this book. You will not regret it.

Mozart in the Jungle
by Blair Tindall 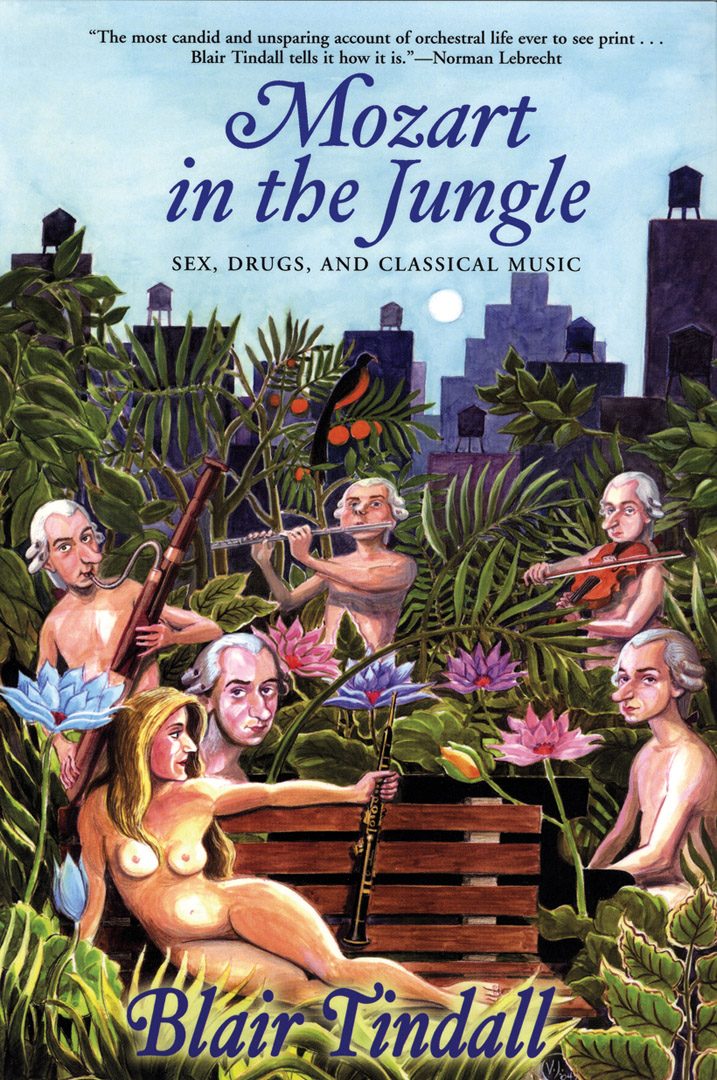 Notice: Trying to access array offset on value of type null in /home/offtheshelf/public_html/web/app/themes/ots/_inc/template-parts/books/book-modal.php on line 31
|+| Add to Your Shelf
Mozart in the Jungle
Blair Tindall