I love food. If you ask any of my friends—nay, even my acquaintances—for two of my defining characteristics, first they will tell you that I am an enthusiastic conversationalist, and second, that I love food. Let me give you a little more background. I am a refugee from a theatrical career, and there was a time when I dreamed of spending my life belting out a tune on Broadway. I even went so far as getting a masters degree in musical theater. However, a life rich in delicious meals and a life spent in the harsh spotlight of the stage do not exactly go together, so I decided to leave the theater and keep the food. Of course, this was not the only reason why Portia de Rossi’s memoir about her struggle with food and acting appealed to me like a great big chocolate-covered gummy bear.

Portia de Rossi’s memoir, Unbearable Lightness: A Story of Loss and Gain, is an indelible self-portrait of a woman so uncomfortable with her identity that she attempts to change every aspect under her control. It barely touches on her time on the hit television shows Ally McBeal and Arrested Development, instead focusing on her battle with anorexia.

Her story begins while she was still going by the name of Amanda Lee Rogers, a young woman struggling to find her place within a successful family. She discovers that her talent lies in her ability to charm and convinces a modeling agency to sign her. However, her insecurity in her image (and her increasing self-awareness as a lesbian) leads her to start crash-dieting. She writes of one especially heartbreaking story when, while at home in Victoria, Australia, for Christmas vacation, her brother tries to get her to stop exercising, which causes her to work out for more than five hours at the gym. As she arrives back at home her mother confronts her, but instead of addressing her anorexia, de Rossi cries and begs her forgiveness for being gay.

When I began to read Unbearable Lightness, I was taken aback by de Rossi’s openness and vulnerability. Every page felt like catharsis without asking for pity. But what makes it so exceptional is that there is always another layer. It’s about the moment when you realize that, by smiling through the pain or hiding who you are, you are becoming unbearably light. You might be able to play along, but isolation is impossible to sustain. De Rossi finds the beauty in portraying her true self as something not to be proud of, not to be scared of, but just to be.

This is a memoir for readers who are finding themselves; for those who have ever attempted to throw their identity away; for those who have spent years or decades trying to be one thing, only to realize that their very goals are self-inflicted punishments. It’s also for those who want to read a beautiful and sensual story of self-acceptance; those who want to feel the healing touch of self-exploration; and those looking to find the serenity in the aspects of themselves they cannot change. Most importantly, Unbearable Lightness is for those who believe that one story does not an identity make, and that to strip us down to just one trait is to be unbearably light. Portia de Rossi now lives her life out loud, and with serious depth; it’s what makes her such a great actress, and it is what makes this memoir so special.

Leora Bernstein is a bibliophile and Managing Editorial Assistant at Atria Books. 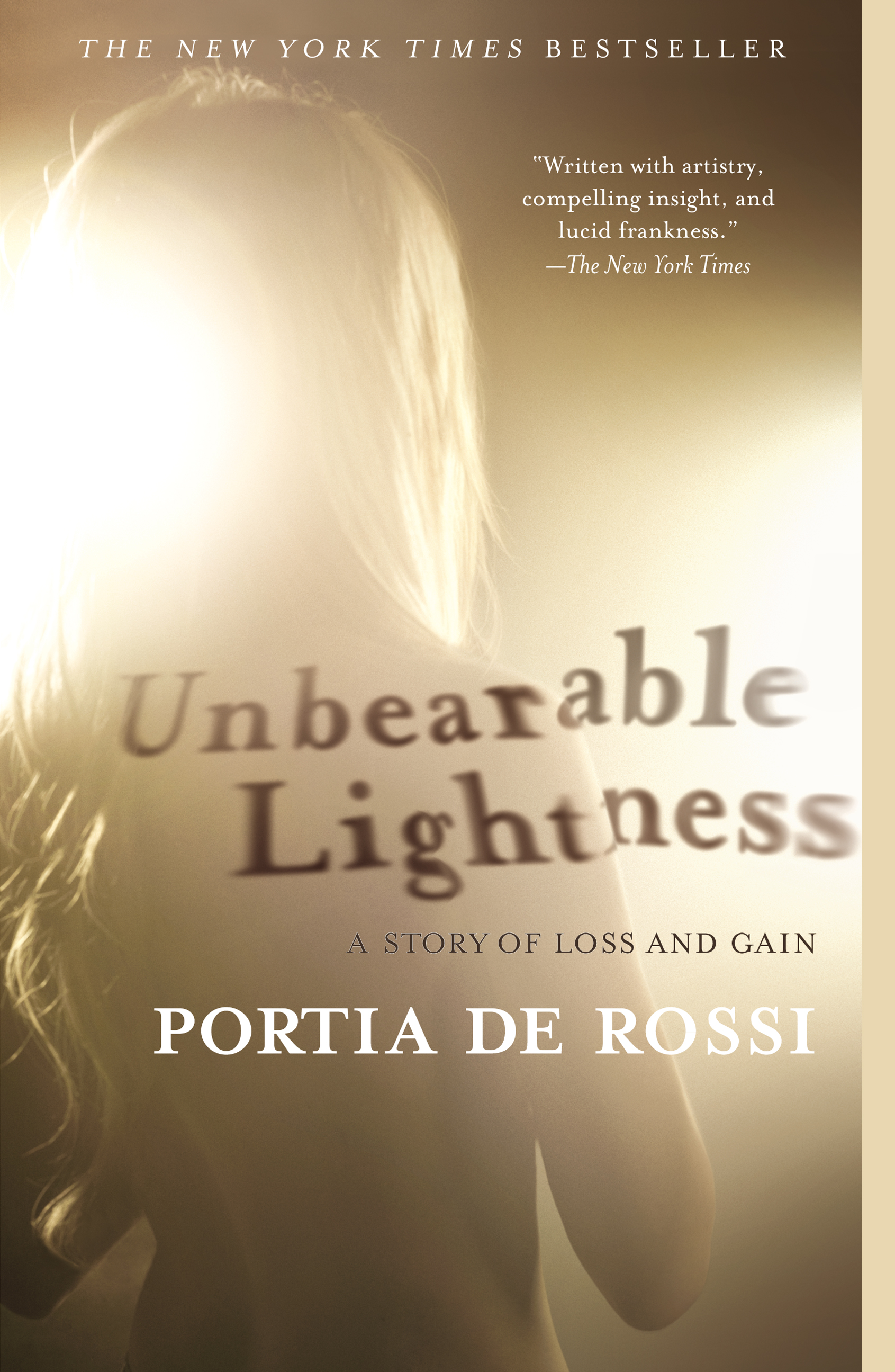