“Grief turns out to be a place none of us know until we reach it,” Joan Didion concludes at the close of her 2011 memoir A Year of Magical Thinking. “Nor can we know ahead of the fact (and here lies the heart of the difference between grief as we imagine it and grief as it is) the unending absence that follows, the void, the very opposite of meaning, the relentless succession of moments during which we will confront the experience of meaninglessness itself.”

For Artis Henderson, grief was a place reached in early childhood, after she survived the airplane crash that killed her father. She was just five years old. Grief was a place to which Artis returned two decades later, when her husband of four months died in a non-combat-related helicopter accident in Iraq. Henderson’s memoir, Unremarried Widow, unfolds within the eerie, symmetrical tension of these two catastrophic events, her renderings of which expertly map the intimate contours of the mysterious transformation we all undergo in the face of tremendous loss. Laced with lyricism and complexity, Henderson’s generous account of the loss of her husband capably transports even those who have yet to reach the incorporeal location Didion describes.

Tempting though it may be to categorize Unremarried Widow as a “grief memoir,” one would be remiss to overlook the other, equally compelling narrative threads that emerge. While her account is undoubtedly one of heartbreaking devastation, Henderson spends much of it describing a love story that is breathtaking in its very ordinariness. Artistically inclined and headstrong, Ivy League–educated Artis met chivalrous, clean-cut, ideologically conservative Miles Henderson at an indistinct Floridian nightclub. She was twenty-three, overworked, underpaid, and feeling antsy under the heavy and unglamorous realities of adulthood. Miles was stationed at Alabama’s Fort Rucker, learning to fly, training for war. He asked her to dance. Their course was set.

The two fell in love on long drives across the southeastern United States, during debates about the existence of God, while exploring the limestone caves just south of the Alabama state line. Their story could not feel more authentically all-American, a fact that heightens the excruciating dread readers experience as they approach an ending made clear from the very beginning.

To label Henderson’s memoir a mere retelling of her journey through the often-amorphous stages of loss is to limit its scope; her work is at once intensely personal and heart-wrenchingly familiar. She crafts an intricate portrait of romantic love in all its complexities with seemingly little effort, her unpretentious language dancing across emotionally dense subject matter too often rendered unpalatable in the hands of lesser writers. Of her late husband, Henderson writes, “When I thought of the men who came before him, I thought of weighty materials, of earth and metal, of bags filled with sand. I imagined carrying them like a load, being yoked to their desires. They asked too much of me. Miles asked nothing; he took me whole. When I thought of him I thought of water, of running my hand through a clear pool. Even surrounded by him, I could still see myself.”

Henderson does not hesitate to reveal the imperfection within the idyll; the complexities of compromise and her struggle to fit into a world she never dreamt of entering are laid bare alongside moments of intense bliss. With this type of lucid writing, Henderson deftly carries readers across the expanse of her grief in the moments, days, and years following her husband’s death. To reach the end of her story is to emerge reeling from a skillfully woven enchantment, the intensity of which I have not encountered in any other volume, before or since. The pall of death does not overwhelm the irresistible love story that drives Unremarried Widow; in Artis’s capable hands, readers emerge changed but unbroken, like she did. 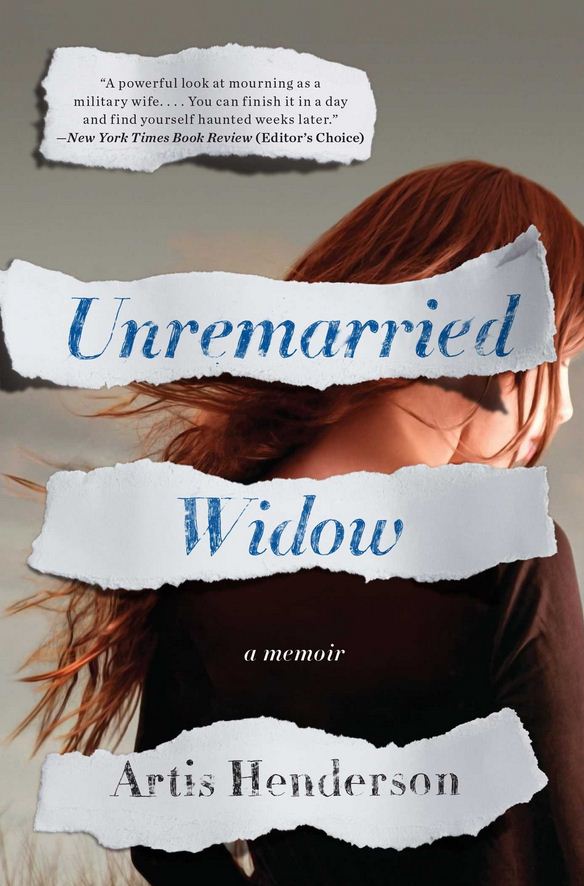