Horror novels, to the extent they are reflexively identified in negative terms, are thought to be defined by their limitations. Thin characters must be sacrificed to drooling monsters with the regularity of a Swiss train schedule. Themes must be loudly telegraphed. Subtlety doesn’t get past the tattooed bouncer at the door.

The thing is, while horror can be mindlessly gory fun, it can also be an investigative and revealing genre. The immediate names that come to mind to support this claim would include Dickens, James, and Shirley Jackson. But an overlooked masterwork of horror-as-revealer is Dennis McFarland’s 1997 ghost story, A Face at the Window.

Cookson Selway is a troubled narrator—a recovering alcoholic and partier on the New York restaurant scene during the Age of Cocaine—but these are only some of his troubles. The deeper questions of his character only become apparent through his growing obsession with three ghosts who appear to him during a stay at a quaint London hotel while on a marriage-reviving vacation with his wife.

Recovering alcoholic, you say? Ghosts in a hotel, you say? Surely this is territory forever immortalized by Stephen King’s The Shining. But while comparing the two novels would likely make for a fruitful essay, there is more than enough room at the psycho-phantom inn for both of these masterful novels.
While The Shining turns on how the many damned spirits of the Overlook Hotel seek to shape and possess Jack Torrance, the human caretaker whose soul is on the line, A Face at the Window’s Cookson Selway comes to see versions of himself—however fractured and demonized—in the ghosts that visit him. These ghosts are him: projections of buried selves, playing out a gothic drama that may or may not be of Cookson’s own design or desire.

The bulk of A Face at the Window is Cookson drawing away from his wife as he spends more time with these spirits, deciphering who they were in life and what tragedies befell them. But these mysterious events veil the deeply personal mystery of Cookson’s character. It is the undiscovered truths that he seeks through the dead and his own emotionally hollow condition that allows him access to these horrors.

A Face at the Window is both a mystery without a clear resolution and a literary novel of character. It is precisely the way that the ghouls and apparitions in the novel are employed to inspire both fear and insight which elevates this book above the limitations of the horror genre.

A Face at the Window
by Dennis McFarland 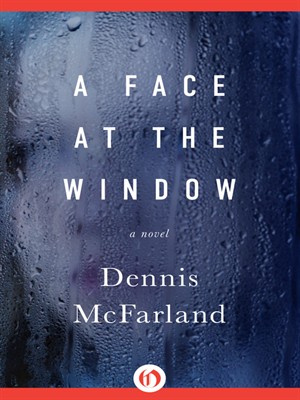 |+| Add to Your Shelf
A Face at the Window
Dennis McFarland

A Literary and Deeply Personal Mystery