When I began seriously pursuing writing (around 1991) I was told that my novels were literary and “little.” I wasn’t exactly sure what that meant, except that it seemed to portend that they would remain little known. Somehow I broke out of that box with Pay It Forward (and into different boxes), but I notice that in my own reading, many of the novels I love and respect are little and little known. I’d rather create a short list of these books than dwell on the popular books I’ve enjoyed, if only because you will likely discover the latter without my help.

The first is Dissonance by Lisa Lenard-Cook. I first read this book in 2004 when it was published by the University of New Mexico Press. It’s now been rereleased by the Santa Fe Writer’s Project, a good thing for the world of books, in my opinion. In Dissonance, a piano teacher in Los Alamos—the daughter of a man responsible for the bombs dropped on Hiroshima—inherits the journals and music scores of Hana Weissova, a concert pianist originally from Prague whom she does not think she knows. But their connection slowly emerges. Interspersed with meaningful music theory and touchingly and respectfully encompassing an LGBT theme, this beautifully written novel defies its apparent fate: It weaves through the history of the bomb and the Holocaust without feeling depressing. To my mind, it is everything a novel should be.

The second is Theft by BK Loren. Its protagonist, Willa, is a tracker whose real job is reintroducing the highly endangered Mexican wolf to the Southwest United States. But she ends up tracking her own troubled brother, one step ahead of the police. The aching regret so common in families really shines here, and anyone (like me) who is in love with the natural world will enjoy its reflection in this novel, where it is shown in all its unforgiving beauty. Plus, I dare you to look at the wolf cub on the cover without wanting to read it. 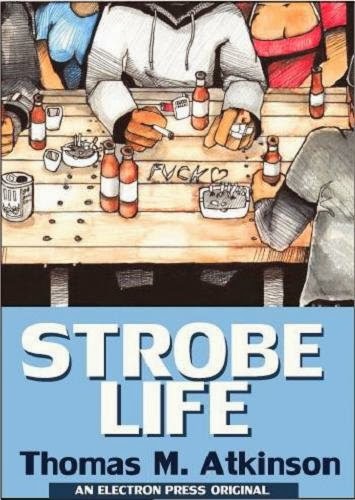 Now I plunge even further off the beaten path to the work of Thomas M. Atkinson, a man I call “the best author you’ve never read.” His work is literary, real, detailed, dark, and as sharp as needles fresh out of the package. Thom’s first novel, Strobe Life, was picked up by a small press, who gave it a bad cover and very little help being discovered. But that doesn’t keep it from being well worth the read. And his story collection Standing Deadwood, while still waiting to be picked up in book form, is having wonderful success as individual stories. They have been published in The Sun, North American Review, Indiana Review, and other prestigious magazines. They’ve been nominated for Pushcart Prizes and have won more awards than I have room to list. Some can be read online, including “River’s Edge,” “Standing Deadwood,” and “Blue Highway.” |+| Add to Your Shelf
Pay It Forward
Catherine Ryan Hyde

11 True Crime Tales of the Rich and Famous