I was a freshman in college when I first read Ralph Ellison’s novel Invisible Man, 58 years after he started it in a Vermont barn while on sick leave from the Merchant Marine, 50 after it won the National Book Award, and three after the Modern Library placed it at number 19 on its list of the 20th century’s 100 best novels. In my high school English classes, reading Thoreau had been an eye-opener, to put it lightly. So had Melville’s Bartleby. But Invisible Man jolted me like nothing I’d ever encountered.

Ellison’s narrator is an unnamed African American man and gifted orator who wins a scholarship to a prestigious black college in the 1930’s American south–but only after his town’s most important white men force him to fight blindfolded against other young black men in the book’s famous “battle royal” scene. Eventually he’s expelled from the college for failing to show a visiting white trustee an idealized version of black life, and he moves to Harlem to search for work. He finds some in a paint factory, only to temporarily lose his memory and ability to speak when he’s caught in a boiler explosion. After a feverish hospital recovery, he’s swept into a current of political upheaval, which offers him the possibility of being a respected public figure. He begins to see how his powerful speeches might help extinguish the dispossession that plagues his race.

But as he tries to reconcile this new attention with the truth about his place in a racist society, the narrator teeters on the edge of crushing self-doubt and existential crisis: “I had no doubt that I could do something, but what, and how? I had no contacts and I believed in nothing. And the obsession with my identity which I had developed in the factory hospital returned with a vengeance. Who was I, how had I come to be?”

You can dissect this novel from a hundred critical angles. Undoubtedly it’s one of the most important novels ever written about race and racism. But to me it’s this naked, utterly unmooring question of Who am I? that strikes a fundamental nerve like few other books I can think of. So how does the narrator answer that question? He becomes a writer. After his brilliant oratory gifts and political leadership are exploited by a power-hungry political organization called the Brotherhood and Harlem descends into violent rioting, he flees underground, not just to safety but to escape the tyranny of being whatever person other people want him to be, and he commits his story to writing. He will make his story public, but he himself will remain unseen (at least for now): his identity is finally secured as he speaks to us—for us—on “the lower frequencies.”

Invisible Man makes many vital claims, but to me this particular message of Ellison’s is incredibly powerful: writing affords a path to freedom and identity. Writing can take the question Who am I? and flip it, thrillingly, to the declarative: Who I am. 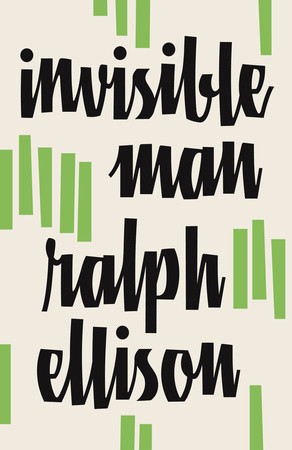 A milestone in American literature, this novel has continued to engage readers since its appearance in 1952. A first novel by an unknown writer, it remained on the bestseller list for sixteen weeks, won the National Book Award for fiction, and established Ralph Ellison as one of the key writers of the century. Ralph Ellison was awarded in 1969.

10 Revered Writers Honored with the Presidential Medal of Freedom