I read Little Brother by Cory Doctorow while on vacation at Disney World last month. I hadn’t visited in nine years, and things have changed quite a bit. Boy oh boy, was I shocked to realize that to enter the park using a “MagicBand,” Disney also requires your fingerprint at the entrances to the park. Your FINGERPRINT, YOU GUYS! Why do they need that biometric?! And how many of us are willing to give that over to anything outside a law enforcement agency? To clarify, I was having the time of my life with some of my best and oldest friends. But because of the subject matter and plot of Little Brother, my paranoia was in high gear at The Happiest Place on Earth. “Yes, Uncle Walt! Take my fingerprint. Monitor my spending. And measure the decibels of my screaming laughter on Space Mountain.” (It’s legendary, folks. Ask anyone who’s been in an audience with me.)

ANYWAY – Little Brother is about a young man named Marcus who partakes in an innocent, if truant, scavenger hunt in San Francisco when the Bay Bridge is destroyed by terrorist bombs. In the immediate aftermath, they are caught in a mob, then by the Department of Homeland Security. They are relentlessly questioned, broken and humiliated, even though they’ve done nothing wrong. What happens when Marcus is finally released from prison is nothing short of revenge plotting and public embarrassment of government goons. As San Francisco becomes a police state, and as citizens allow greater government monitoring and policing into their daily lives and online habits, our heroes begin to see the different sides of the costs of freedom and whether and how such costs are to be paid.

Little Brother is a riotous, subversive commentary about freedom and criticism of the war on terror. Technological advances are shredded as easily hacked. Security systems and the wasted money spent on them are shamed. And amid all this, you better believe, is blossoming teenage love. This book doesn’t speed through with its plot. What it does wonderfully is explain just how hackers think and why computer systems work the way they do. It feels almost like peeling an onion as one discovers the layers upon layers of consequence and purpose in an online world, where privacy is either an afterthought or a priority. Further, this book has everything for a techno-nerd-wannabe like me: LARP, hacking, viral video and IMs, and everything a budding geek could possibly love. And it’s not without some controversy in at least one high school’s reading curriculum.

If you’ve ever raised your eyebrows about privacy concerns, Internet intrusion or domestic spy behaviors, Little Brother will steam your brain and tickle your inner rebel. Just don’t stoke your overstimulated noggin with anything afterwards…like It’s A Small World, or Haunted Mansion. 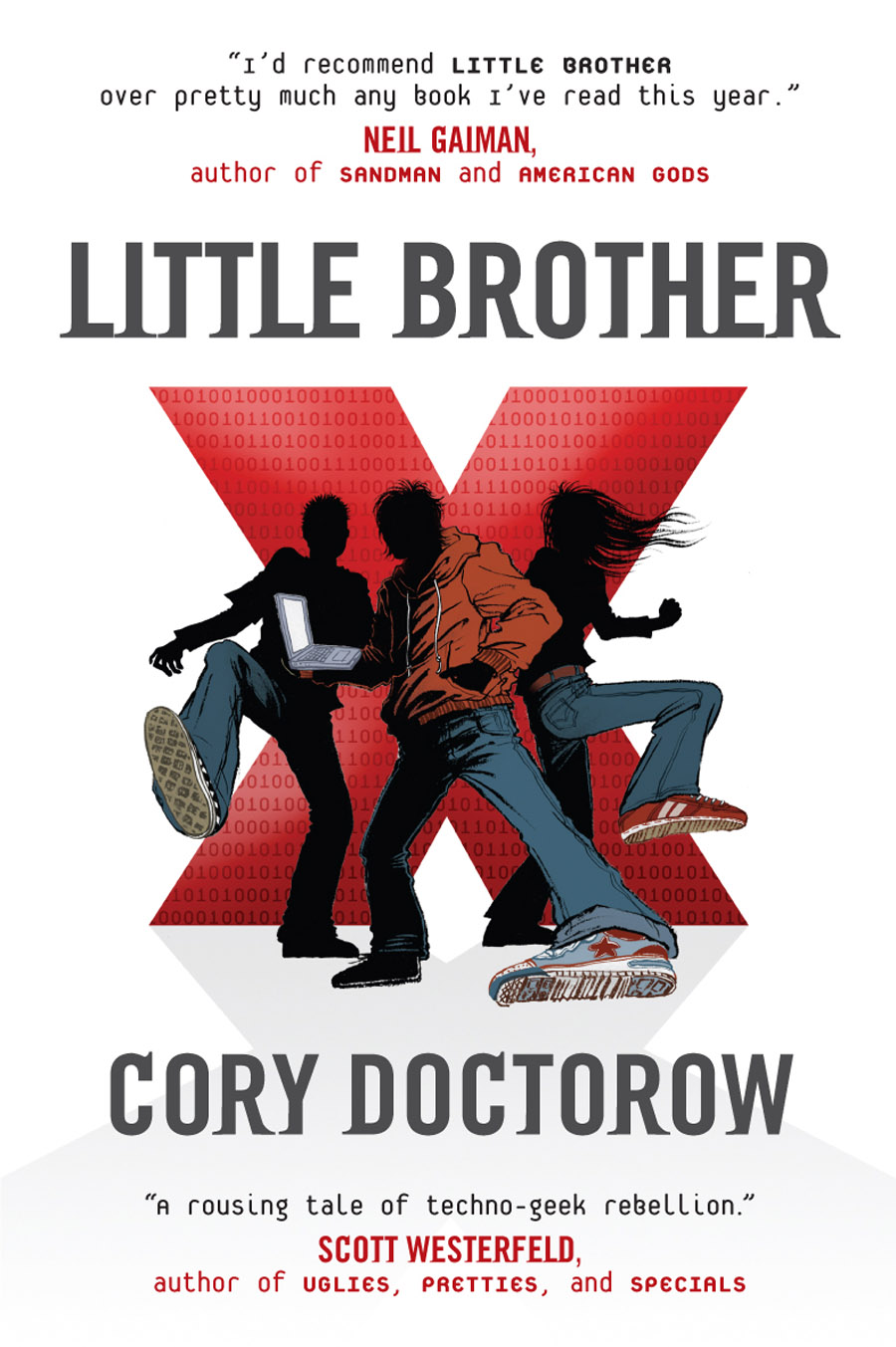 Notice: Trying to access array offset on value of type null in /home/offtheshelf/public_html/web/app/themes/ots/_inc/template-parts/books/book-modal.php on line 31
|+| Add to Your Shelf
Little Brother
Cory Doctorow