Sure, I work in publishing, but my first love is theatre. I’m a BIG theatre nerd. I’ll see anything, from mainstream Broadway to edgy emerging artists. Heck, I’ve even produced a few shows myself and boy oh boy, have I got some good stories. But nothing I’ve got holds a candle to Glen Berger’s tale of a show gone wrong. Berger wrote Song of Spider-Man, which is his tell-all about his time as a co-writer on SPIDER-MAN: TURN OFF THE DARK, the infamous musical of the superhero which turned into the most expensive Broadway show ($60+ million budget!) in history. And oh, my friends: this book is a doozy. It’s glorious in so many awfully wonderful ways.

Did you miss this whole debacle? I’ll bring you up to speed:

Berger was hired to co-write the spoken dialogue portion of the show, also known as “the book” of the musical. His collaborators were Julie Taymor (Tony-award-winning director/designer of THE LION KING on Broadway) and U2’s Bono and The Edge. Bono, you guys. BONO ON BROADWAY! And Berger was there, working and writing with all three of them. The music, lyrics and dialogue were honed and changed, edited, added and cut for years. The show finally started rehearsals in 2010. After several postponed opening nights and nearly six months of preview performances (most shows perform previews for 4-6 weeks at the most), the show opened in June 2011 and played Broadway until January 2014.

With unvarnished voice and clear eyesight, Song of Spider-Man tells Berger’s tale of working intensely alongside these brilliant and popular artists. It’s marvelous and surreal to feel Berger’s initial joy in the first writing sessions. His recollection of reading scenes aloud with his colleagues is thrilling. Can you imagine reading new material OUT LOUD with BONO?! And JULIE TAYMOR?! YOU GUYS, it’s heaven on earth! But that honeymoon glow starts to fade as conflicts between the creative team and producers begin to surface. The show’s ending was written and re-written so many times, it’s impossible to keep track of which version is approved and which is hated by whom. Through it all, Berger observes the unraveling of his tight team with bewilderment, confusion and more than a little pain. And as he watches the show enter its infamous technical rehearsal and preview period, it’s tough not to empathize as the show undergoes horrendous delays, budget overruns and headline-making injuries.

If you’ve ever been in a show, or worked on one, you know how much hard work goes into every bit of it. The actors, the director, the designers, the folks backstage running to place props and move scenery, anyone who’s tried to sell tickets to a high school play or community theatre show…EVERYONE works incredibly hard to make a show come alive. Now, imagine that experience is even more intense because of the amplifying effects of fame, celebrity, money and ego. Welcome to Broadway, folks.

Berger may have burned bridges by writing a tell-all, but Song of Spider-Man is catnip for those who love stories from an insider. His voice is that of a star-struck theatre geek. In many ways, he is. Berger’s tale serves as a ballad of show business gone awry, but it’s also a celebration of the showbiz geek in all of us. Whether a book or a show, big or small, mainstream or edgy, a great tale must be told and the show must go on.

Song of Spider-Man
by Glen Berger 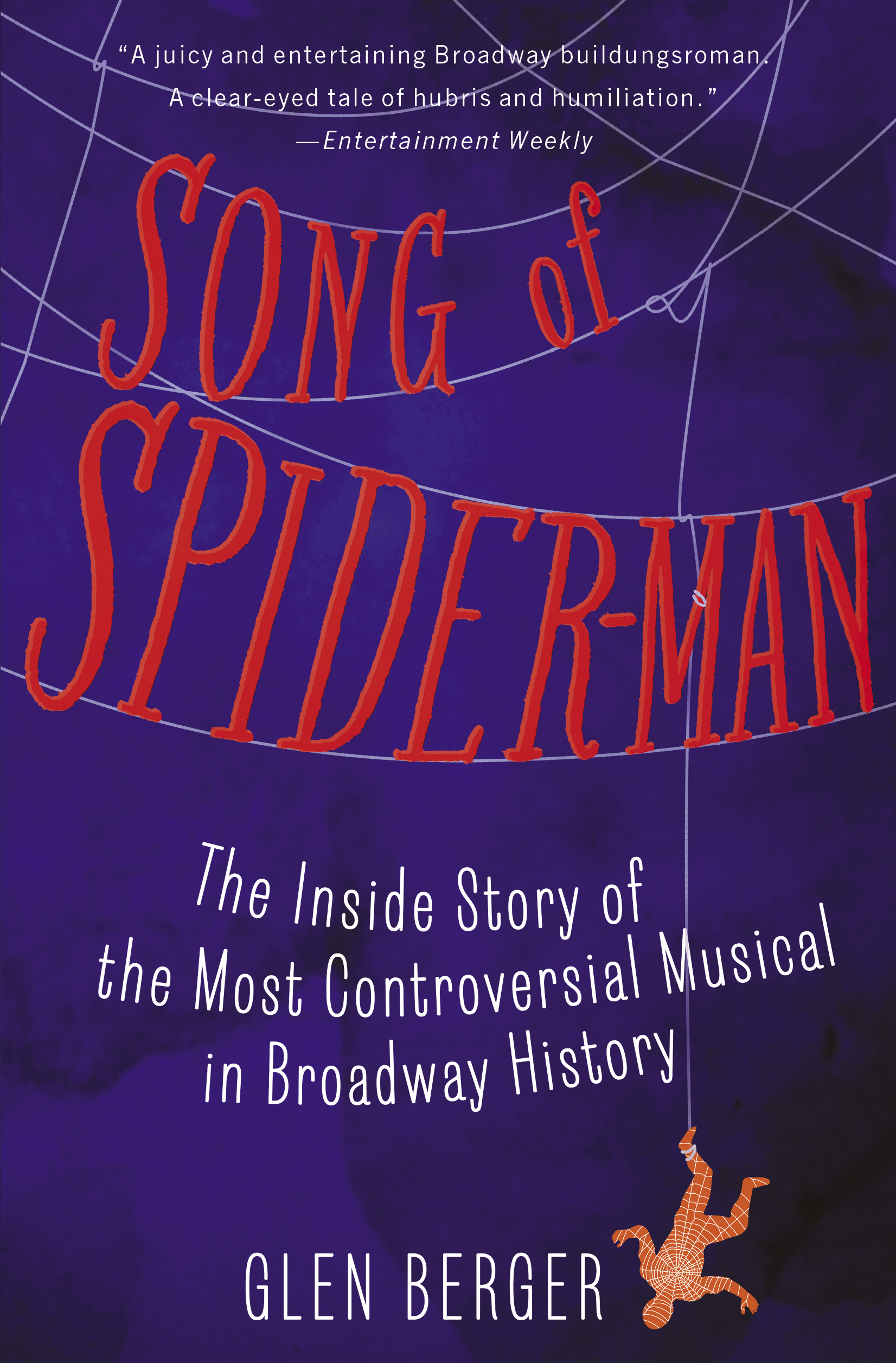 Notice: Trying to access array offset on value of type null in /home/offtheshelf/public_html/web/app/themes/ots/_inc/template-parts/books/book-modal.php on line 31
|+| Add to Your Shelf
Song of Spider-Man
Glen Berger

Known more for dramatic headlines than the soundtrack it produced, the 2011 Broadway adaptation of Spider-Man will go down in history as of the craziest theater stories of the twenty-first century. The show was one of the most mind-blowingly expensive New York had ever seen, but when people started getting hurt, money started disappearing, and rumors started flying, it became an international story.