Imagine this scene: You’ve just come home from a long and laborious day at the office. The sun has already set and you haven’t had time to buy groceries. Your fridge is laughably empty. Only a jar of mayonnaise and some pecans. You think about dipping the pecans in the mayonnaise and muse that such a meal perfectly encapsulates your midlife malaise. There, on the kitchen table, is your cat, Old Gumbie. You’ve never been very creative and can’t take credit for the name, which you love, and which was chosen by Thomas, a close friend. As you go through the week’s mail and ignore the smell that rises from your armpits (you haven’t bathed in a week because of work), you are pleased to see mail from none other than your good friend, Thomas! Your name is printed on the envelope in his sloppy, sinewy handwriting and inside is a letter. Well, actually, a poem:

I have a Gumbie Cat in mind, her name is Jennyanydots;
Her equal would be hard to find, she likes the warm and sunny spots.
All day she sits beside the hearth or in the sun or on my hat:
She sits and sits and sits—and that’s what makes a Gumbie Cat!

Oh, Thomas! What a gift! You finish reading and smile. Your outlook, previously resigned, brightens and you feel light. As light as a feather. You nuzzle your large nose into Old Gumbie, scratch his chin, and reread the poem to him with panache. Your friend, of course, is T.S. Eliot, and the poem, called “The Old Gumbie Cat,” is one of the many he would write and share among friends, and which, years later, would be collected and published as Old Possum’s Book of Practical Cats.

These poems were originally intended to amuse his friends. I must also confess that they were sent anonymously. Thus, the story above takes considerable liberty in exposing Eliot, who, above all, cared more about the profundity of the written word than any public acknowledgment of his abilities. And this is clear from the outset: Eliot calls himself Old Possum and each poem touches on a different cat and their habits, though in no obvious formulaic manner. There is, for example, Mr. Mistoffelees, the original conjurer cat (“He holds all the patent monopolies/For performing surprising illusions/And creating eccentric confusions”). There is the sinister Macavity, the mystery cat (“Macavity, Macavity, there’s no one like Macavity/He’s broken every human law, he breaks the law of gravity”). And did you know that all cats have three names?

The book was also the basis for the widely successful musical Cats. Eliot even received posthumous Tonys for the poems that were included in the script. Like most of Eliot’s work, Old Possum’s Book of Practical Cats is a work to return to over and over, but for entirely different reasons than when scholars and readers reread and analyze The Waste Land. It’s a playful and wonderful collection of poems that will delight both children and adults. A perfect read for cat lovers and admirers of Eliot.

And just as our imaginary character’s day improved after reading the poem about his cat, Old Gumbie, so will yours. Have a little fun, and be sure to avoid the pitfalls of the Rum Tum Tugger:

The Rum Tum Tugger is a terrible bore:
When you let him in, then he wants to be out;
He’s always on the wrong side of every door,
And as soon as he’s at home, then he’d like to get about.
He likes to lie in the bureau drawer,
But he makes such a fuss if he can’t get out. 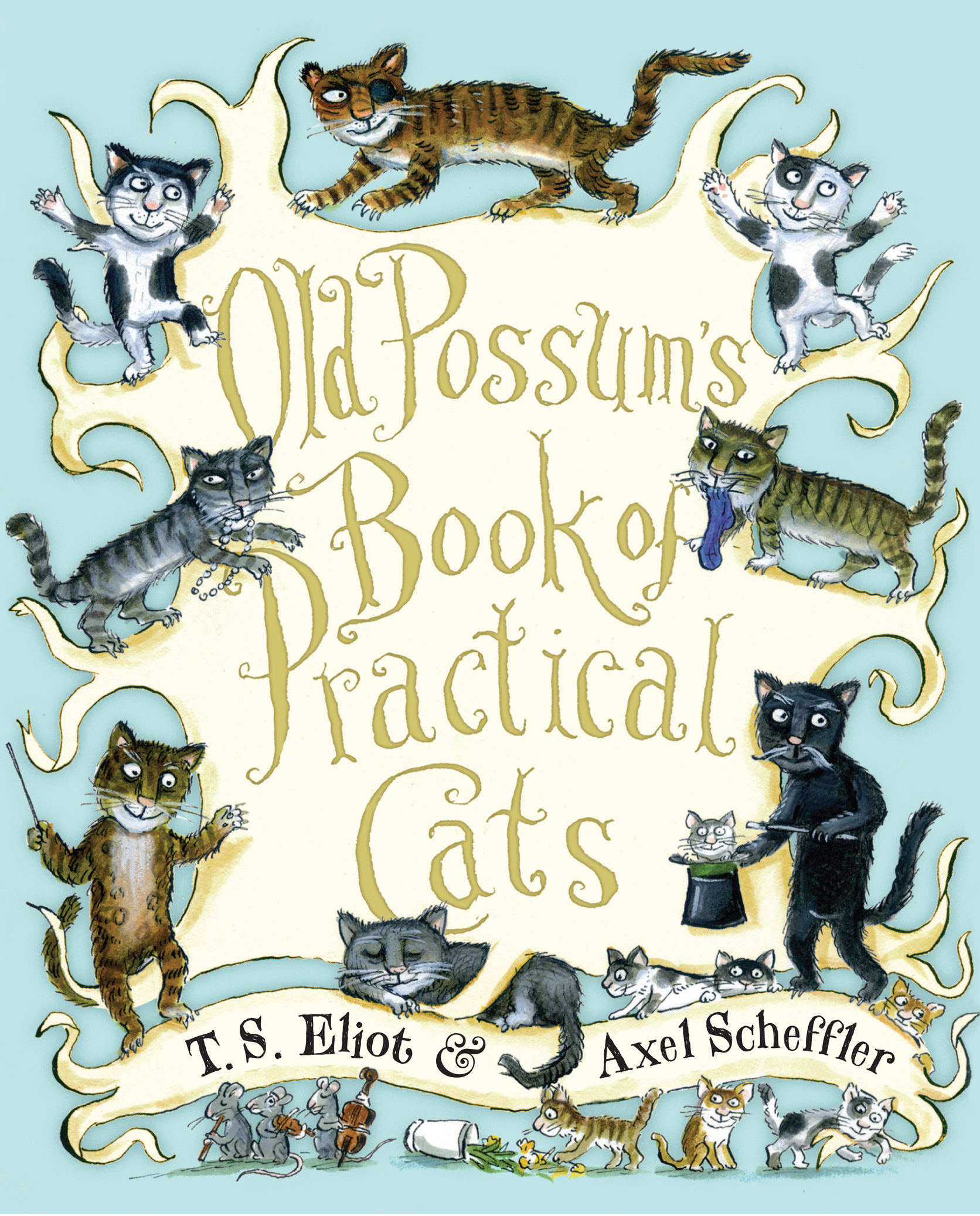 T. S. Eliot's playful cat poems have delighted readers and cat lovers around the world ever since they were first published in 1939. They were originally composed for his godchildren, with Eliot posing as Old Possum himself, and later inspired the legendary musical "Cats."