What’s the most creative thing you’ve done to catch a beloved’s attention? If it doesn’t involve piercing them with a delicate Cupid’s arrow (technically a gypsobelum; more whimsically known as a “love dart”) that you’ve crafted inside your own body, then you might want to take a lesson from a snail and elevate your inner Errol Flynn.

In The Sound of a Wild Snail Eating by Elisabeth Tova Bailey, we learn many more intimate details about the love lives of snails. For instance, although snails are hermaphrodites and can, if they choose, self-fertilize, they will still spend hours (seemingly just for the pleasure of it) in sensual mating rituals with a potential partner. Along with shooting the aforementioned love darts, they will circle one another seductively, share lingering touches, gaze into each other’s eyes, and perform various acts of amore that might garner them a PG-17 rating if shown on the big screen. In other words, the little snail is big on foreplay.

But this book isn’t just about romantically inclined mollusks; it’s also a memoir of Bailey’s mysterious and debilitating illness. While in her mid-thirties, Bailey was bedridden and her recovery was in question. A friend gifted her with a potted violet, into which she’d placed an acorn-sized woodland snail, thinking Bailey might enjoy the company. With so much time spent alone and laying still, Bailey focused on watching the snail navigate its life in unfamiliar terrain. It quickly became her snail, and she discovered parallels to her illness and healing when she realized that the world of the tiny gastropod was full of intense purpose and quiet wonder.

Although Bailey’s life was confined to her bedroom indefinitely, having a snail as a constant companion kept her engaged and hopeful and, later, led her to research and write this memoir. Bailey considers the book her “thank-you note” to the snail who helped her recover, and it’s a compelling and quirky biography of a creature that many of us view as either garden pests or fine dining.

In the wide world of books about disease and recovery, Bailey’s memoir is refreshingly different. Although she discusses her health openly, she doesn’t dwell on it. Instead, she allows us into her suffering with crisp passages like, “There is a certain depth of illness that is piercing in its isolation; the only rule of existence is uncertainty, and the only movement is the passage of time. One cannot bear to live through another loss of function, and sometimes friends and family cannot bear to watch. Even if you are still who you were, you cannot actually fully be who you are. Sometimes the people you know well withdraw, and then even the person you know as yourself begins to change.” I have never read a more apt description of chronic illness.

The Sound of a Wild Snail Eating is a poetic little book that delights and stays with you. Once you’ve learned that snails have eyes at the tips of their tentacles, can sleep on their sides, will produce toxic slime when threatened, and chew square-shaped holes with their 2,600+ teeth, you won’t look at these charming creatures with indifference, or mere hunger, again. You may even think beyond that clichéd dozen-long-stemmed-red-roses-with-baby’s-breath the next time you’re trying to ignite passion’s flame, and try something a bit more fantastical.

To hear the sound of a wild snail eating, listen here.

The Sound of a Wild Snail Eating
by Elisabeth Tova Bailey 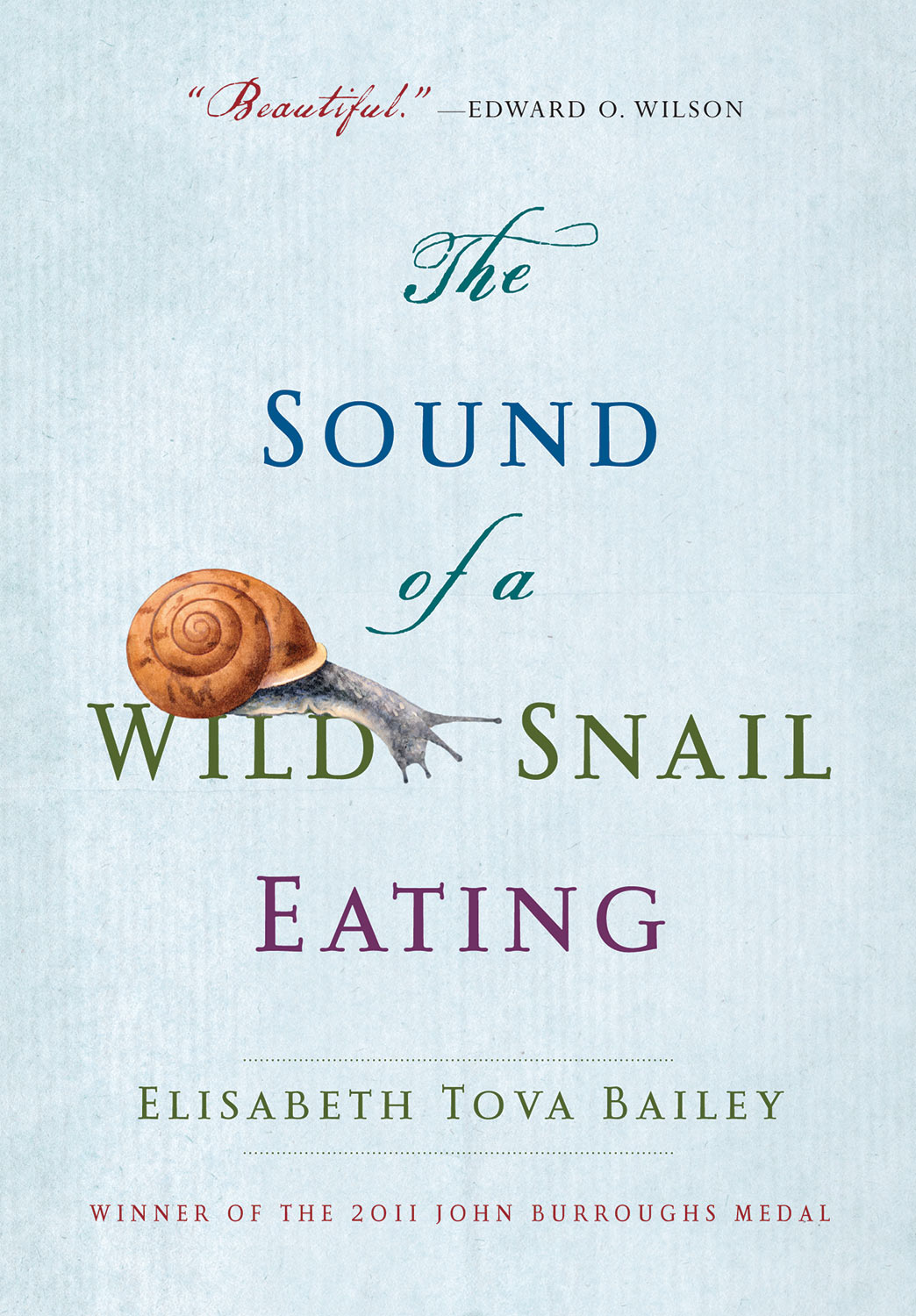 In a work that beautifully demonstrates the rewards of closely observing nature, Elisabeth Bailey shares an inspiring and intimate story of her uncommon encounter with a Neohelix albolabris --a common woodland snail.