I love reading historical novels set in 19th century England. But as much as I love to read them I am sometimes stumped about what the characters are talking about, wearing, eating, or doing and why they are choosing to wear, eat or do that particular thing. Sometimes I just skim past what I don’t know and sometimes I try to puzzle it out. I figured out what a reticule was on my own but it wasn’t till this book that I understood what a pelisse is. Even watching Downton Abbey, I knew when an estate was entailed that it was not good for the wrong survivors but I had no idea what an “entail” actually was or why such a thing would exist (except maybe to further the plot of many a book) so I was happy to find the wonderful What Jane Austen Ate and Charles Dickens Knew to help answer all my questions. It is filled with so much information and so wonderfully told that you can read it straight through or you can dip in and out as the spirit moves you. Either way, once you read it your enjoyment of novels from this time or about this time will be greatly enhanced.

Arranged by category, and with an amazing glossary that is worth the price of admission, the author lays out every issue and answers almost every question you could have about what life was like for Oliver Twist, Jane Eyre, the Bennett sisters and those myriad Romance heroines who fill the country houses and townhomes of England.

Pool covers everything from rank and how to address your betters, to food, fashion, finance, servants, health, and the differences between London and the Country. Each article covers details from the beginning of the century through to the end and explains how changes came about and what  and who they impacted when they occurred. His details about the changes in women’s clothing, from the simple dresses worn by Jane Austen’s characters to the problems of dealing with a hoop skirt and then a bustle as fashion evolved are great fun.

He takes you into drawing rooms and workhouses, upstairs and downstairs, to a hunt and out with a rat catcher. Along the way you learn so many things that enliven the books you have read or are reading but you also garner great tidbits to throw around at cocktail parties and reading groups. For instance, you may know that Sir Robert Peel established London’s metropolitan police force in 1829 and that their subsequent nicknames of “Bobbies” and “Peelers” are in his honor. You may not know, though, that their hats were originally built high and stiff enough for them to stand on to look over fences. Because very story seems to have someone steaming a pudding like the Christmas Pudding Mrs. Cratchet makes you probably feel you understand everything about them but did you know that the Romans brought pudding with them to Britain and that the “plums” of a plum pudding were really raisins? You know that many novels, like Pride and Prejudice, include story lines involving clandestine elopements but did you know that up till 1823 a woman or man under the age of 21 was not allowed to marry without a parent’s consent? After 1823 the age was dropped to fourteen for a “man” and twelve for a “woman” thereby throwing out a significant plotline for many novelists.

There are such great bits of information on every page of this book that I  thoroughly reading it and keep it on my shelf for constant reference.  And, although it made it very clear how far from the aristocracy I am and will always be, I am much smarter than when I started reading and that I consider a boon. 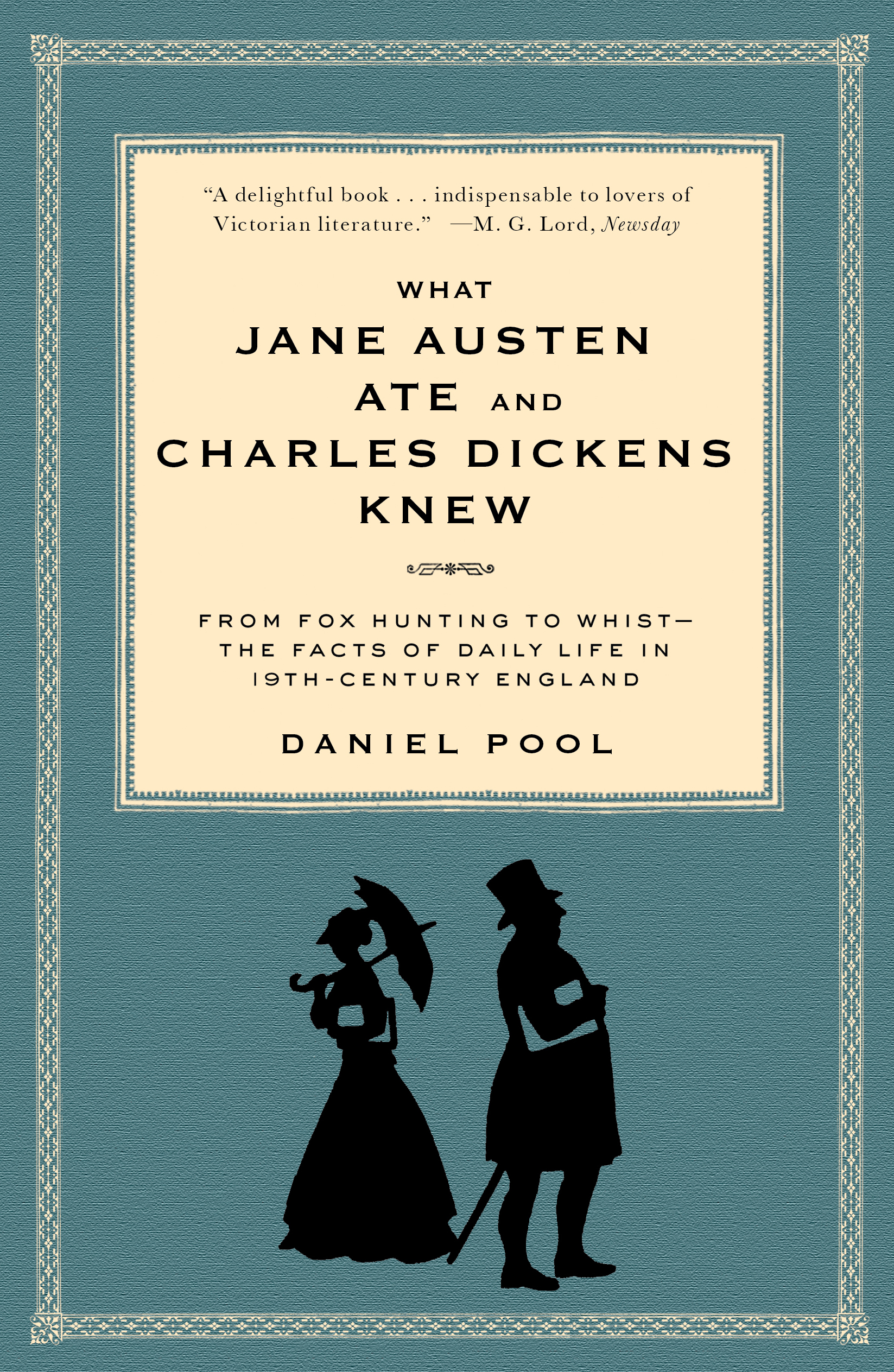 I Needed This Book to Understand Everything I Love Reading