When I was little one of my favorite books was The Secret Garden by Frances Hodgson Burnett. She also wrote another book I loved, The Little Princess, which became a not very good movie starring Shirley Temple in 1939 and a lovely one in 1995. I probably read The Little Princess 2 or 3 times. The Secret Garden I had to have read at least 10 times – 11 if you count my re-reading it for this review. The story centers around nasty ill tempered Mary Lennox who is sent as an unloved orphan, though, honestly she was an unloved child while her parents were alive, from India to live with her uncle in Yorkshire. Yorkshire, the cold moors and gloomy world of the Brontes seems to have been the perfect world to set stories of thwarted love and lost children. Except these Yorkshire moors, although filled with secrets, are teeming with life.

Mary, who everyone describes so often as a nasty yellow thing with a pinched face and a terrible manner that she has accepted that description as fact, is a ten year old girl dropped in the middle of dark 100-room Misselthwaite Manor and left to her own devices by an absent guardian and an indifferent housekeeper. She is saved from complete boredom and a life of unloved imperiousness by the lovely maid, Martha, who’s stories of her brother, mother, and family intrigue Mary enough to get her out of the lonely house to explore the estate’s myriad gardens.

When I read this book I was probably Mary’s age and one of seven children. The idea of a 100 room house that I could have the run of and the mystery of a locked garden that I might discover and make my own was more magical to me than anything I had ever read. Anything, really, that I could have imagined. When you also included Dickon, a boy who could talk to animals and Colin, a sickly boy on the verge of dying from fear and loneliness I was completely transported to this fantastic world of children who could make adults do their bidding, talking robins, magic, secrets, and the ancient healing power of fresh air, good food, and gardening. Depending on my mood when I read, I imagined myself to be Mary or Colin or Dickon or Martha. But mostly, I wanted to be the girl who kept the key to the garden in her pinafore pocket.

I loved this book so much I was sure my daughters would love it as well. They actually received copies two Christmases in a row– one from me and one from their grandmother – and those copies have stayed on the shelf, unread, since they received them. Not that they didn’t try, but they told me the story was boring (!) and the writing old-fashioned. They felt the same about Little Women, The Wind in the Willows, and Anne of Green Gables and try as I might I have not been able to entice them to reconsider reading any of these books. My daughters are voracious readers and have read many other “classics” so I had to accept their rejection but it made me wonder how many other copies of The Secret Garden had been bought as gifts only to languish on bookshelves unread.

These books are old-fashioned. Written in a period when people had time to devote to reading and when a book could bring you a world you might not otherwise discover. They unfold slowly with wonderful storytelling and language that is maybe a little dated but also intricate and compelling. They ask the reader to concentrate, like any good story, and they tell you about boys and girls on the cusp of growing up who face challenges and make choices, usually on their own, that set them on the road to adulthood. But as old-fashioned as the books might be, the challenges the characters face are universal and timeless. I don’t think Jo March’s sacrifice is any less great than Katniss Everdeen’s. And the loneliness Mary feels as an orphan marooned far from home is equal to that felt by Harry Potter in his room under the stairs.

When I re-read The Secret Garden I was happy that that the story of a sallow pinch-faced miss becoming a happy loving girl was as wonderful as I remembered. Now at least one copy of the book in our house has been read and when my daughters have daughters (or sons) I will make sure that each gets a copy of their own. Maybe by then old-fashioned will be back in vogue. 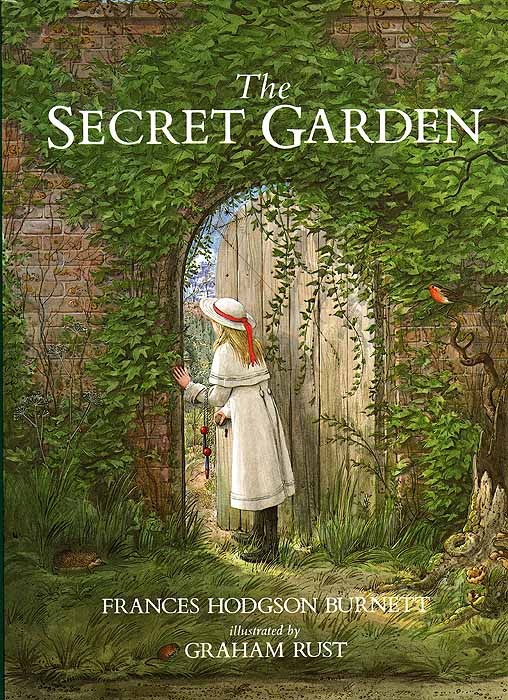 |+| Add to Your Shelf
The Secret Garden
Frances Hodgson Burnett

An unpleasant and unhappy orphan girl from India is sent to the brooding mysterious Misslethwaite Manor in Yorkshire where she meets her brooding guardian, befriends a boy who talks to animals, and discovers her imperious sickly cousin and unlocks a magical garden that brings them all to life.

10 Classic Children’s Books That Everyone Should Read

A Childhood Classic That Should Be Read Again and Again