One emerges from Bette Midler’s fantastical memoir as if from a dream, the mind alight with visions of a larger-than-life, untainted era of show business and a yearning to construct a time machine for the sole purpose of experiencing it firsthand. The magnetic, charmingly transcendent figure at the heart, Bette is at once at her reader’s cool big sister and favorite cartoon character. In a voice by turns angelic and maniacal, she lulls readers into a 230 page-long dream state, pulling them ever deeper into a shimmering, purple rabbit hole.

It shames me now to admit that until six months ago I had never heard of The Broad in question, an embarrassing admission that quickly became my greatest indignity.

Upon noticing Bette’s name printed on a publication schedule posted in the office this past fall, I made the colossal mistake of revealing my naïveté to a room of coworkers in a meeting called to develop publicity plans surrounding the reissue of Bette’s 1980 memoir A View From A Broad.

“Er…who exactly is Bette Midler?” I asked, having noticed the jolly reverence with which everyone in the room kept referring to her. Smiles quickly fell into looks of concern and outrage. Smalltalk dissipated. Jaws hit the floor.

A beat of deafening silence preceded the requisite inquiries: “Haven’t you ever seen Beaches?” three of them asked practically in unison, the corners of their mouths twitching over thinly veiled expressions of disgust.

Humiliated, I scurried to my desk and I plunged headfirst into a Google deep dive, search terms “Bette,” “Midler,” and “Beaches.” I spent the next two hours gleaning every last detail the Internet had to offer regarding The Divine Miss M, the life and legend. It wasn’t enough. A short while later I was headed home clutching an advanced copy of the new edition, resisting sleep until I’d turned the final page.

Designed with all the tacky excess of a 1980s teen magazine, the book is a bibliophilic time capsule laced with garish colors and un-ironic bubble fonts. In it, 35 year old Bette recounts anecdotes of her first world tour that are simply too wild to be believed, and too outrageous to have been contrived.

No sooner had I set the bright pink volume aside to reflect than professional duties catapulted me into the digital presence of Miss Bette herself, my inbox a slew of emails typed in capital purple letters so large I had to adjust my desktop settings to accommodate more than one sentence fragment at a time.  Days later I found myself pressed into a rather tight corner of Union Square’s Barnes and Noble, ushering blissful, weeping fans toward the exit and away from the massive crowd that had assembled hours earlier in anticipation of Bette’s appearance and signing.

Although the whirlwind two days during which I shuffled after Bette’s well-coiffed entourage to various publicity engagements led to only one instance of direct conversation between The Divine and myself, the impression she made on my fledgling career is a testament to her glittering magnetism both on and off the book page.

“In a funny way,” Ms. Midler told PEOPLE Magazine, “it’s the diary that I would have written if I had lived in wonderland.”

Hot pink with power enough to whip a throng of loyal fans into nostalgic frenzy, A View from a Broad treats even those as initially unfamiliar as myself to an interactive reading experience that won’t be soon forgotten.

A View from A Broad
by Bette Midler 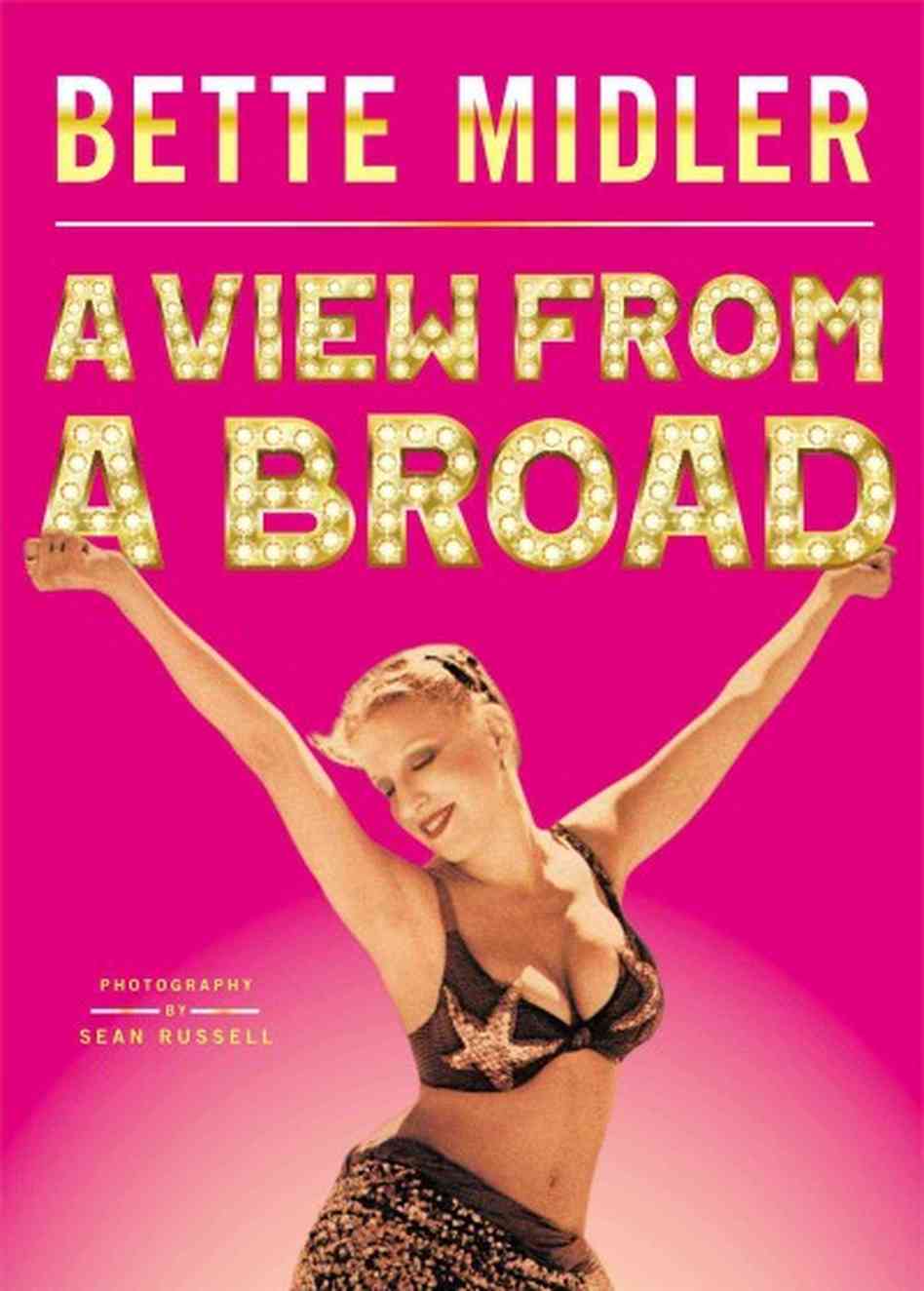 |+| Add to Your Shelf
A View from A Broad
Bette Midler

An Encounter with the Divine: Getting to Know Bette Midler