David Sedaris’s Me Talk Pretty One Day made me laugh so hard that I momentarily lost the ability to breathe. For that, my parents have never forgiven him.

When they burst into my room at 1 A.M. (we can gloss over the fact that I was a depressed, barely employed college graduate living at home, right?) and asked me what was wrong, their faces registering both alarm and concern, I couldn’t explain it.

“He tried to order meat from a French butcher,” I wailed at last.

Maybe laughing so hard at a book is a common occurrence for you, but I’d never experienced it before. Growing up, I hadn’t really “gotten” humor as a literary genre. I would chuckle, in my pre-teen years, at Dave Barry’s zingers, and I went through a collegiate Calvin Trillin phase, which basically consisted of me smiling, shaking my head, and pretentiously murmuring, “Aren’t you clever?” But to my mind, it wasn’t literature. Falling short of fiction, nonfiction, and memoir, it was some weird gimmick of wordplay that belonged on the sidelines. Like travel guides. Like Page-A-Day calendars. Not worth my time.

But in the bleak winter of 2002, living in upstate New York and trying to avoid the quarter-life crisis awaiting a recent college graduate in a slumping economy, trying to ignore the new terror-filled world, I decided, based on the recommendation of a similarly depressed, equally misanthropic friend, to give Me Talk Pretty One Day a chance.

I’d never known it was possible to be that astute, that self-deprecating, that open and honest and real, while still being side-splittingly funny. From meth addiction to LGBT struggles to bad jobs to family drama, Sedaris writes with vivid, visceral humor about so many different facets of his life. He doesn’t whitewash his personal history; if anything, he mud-stains it, exaggerating each terrible and cringe-worthy moment. Every personal experience becomes accessible, to the reader’s delight and often—intentionally, I’m positive—their discomfort, too.

But if it were just dour, biting sarcasm, Me Talk Pretty One Day would quickly grow tedious. Somehow Sedaris manages to work in glimmers of hope, of possibility, of redemption. Almost as if he’s saying, “Look at how screwed my life was, and look how I can laugh about it.” He even allows us moments of tenderness: discussing his partner, Hugh; introducing us to his family (including sister Amy); describing the semi-fluent camaraderie with fellow students in his French class.

He’s honest and brusque, but Sedaris is no malcontent. And I think that’s why I was so dumbstruck, that night in upstate New York, realizing that these silly essays had meaning. When you think your life is as bad as it can get, Sedaris is there to show you that not only can it get worse, but it probably will. And as long as he keeps writing, giving us that shoulder to laugh-cry on, that realization is just not as scary as it first seems.

Me Talk Pretty One Day
by David Sedaris 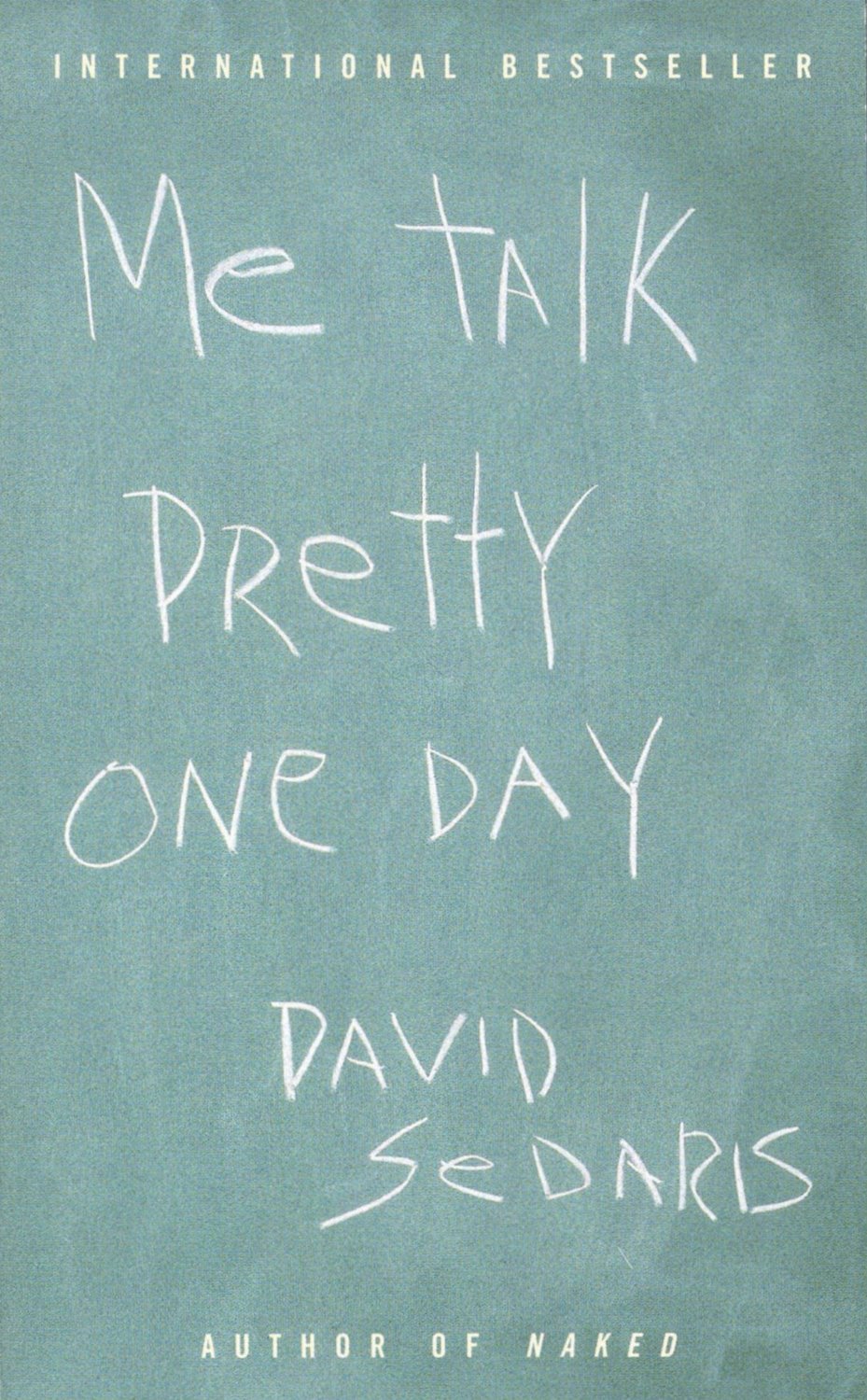 |+| Add to Your Shelf
Me Talk Pretty One Day
David Sedaris